Here's a good life lesson. If you stumble across a game with an introductory screen that warns you that it isn't really a game at all, and that it's actually an "interactive meditation", you should probably nod, smile politely, and back the hell away.

I certainly wish someone had given me that advice before I loaded up the cryptic and bewildering hide-and-seek horror game Knock-Knock.

This is a game with no instructions, an unreliable narrator as your only guide, and completely inconsistent logic. It's weird, unhinged, and makes no attempt to be intuitive or inviting.

Now, there is a thrill to playing a game that refuses to be trapped in tropes and can't be boiled down to a set of predictable systems. But playing Knock-Knock often feels like being trapped in a hedge maze that keeps changing its design. 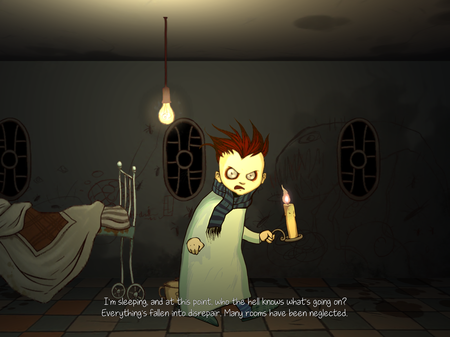 Here's how I think it works. You wake up in a randomly generated mansion, and must skulk from room to room - in nothing but your PJs and slippers, and holding out a flickering candle - to fix lightbulbs and wait until daylight.

You can also "put things right", or so your frazzled, bleary-eyed hero says, in one of his rambling asides through the fourth wall. Which, as far as I can tell, means waiting for some random objects or decorations to materialise from thin air.

Sometimes you find bizarre clock-like mechanisms that make time whiz forward, bringing you closer to dawn and the end of the level. 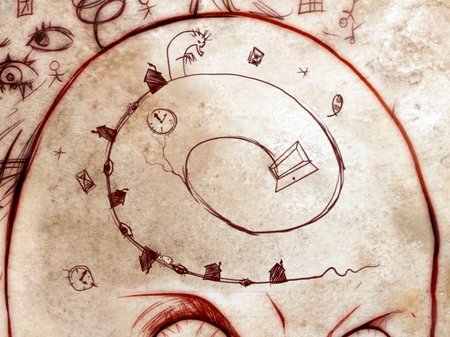 All the while, weird monsters roam the hallways and you must be prepared to run or hide if they give chase. If you get caught by a ghoul, time flies into reverse or the night restarts altogether.

This could be the setup for a great horror game. A randomly generated nightmare simulator is a truly potent pitch. No wonder it attracted $40 thousand on Kickstarter.

But Knock-Knock sadly squanders this opportunity and ends up feeling like arbitrary nonsense when you don't know what's going on. When you work it out, the experience simply becomes repetitive and unsatisfying.

Plus, the natty level-layout algorithm often generates unfit cabins for hide-and-seek, with chokepoints that can leave you unfairly trapped between spectres. 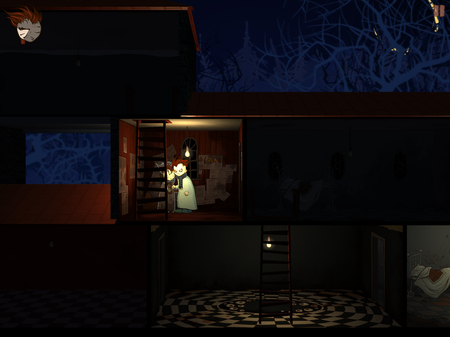 If there's one thing going for Knock-Knock, (other than the fact that it's one of the most original and off-beat horror games on iOS), it that it's genuinely unnerving.

From blown-out lightbulbs to creaky floorboards to ghostly voices to the grotesque monsters who skulk about the house, Knock-Knock is an unsettling experience.

And, in a way, the abstruse 'rules' can add to the feeling of unease and powerlessness. But, if your experience is anything like mine, you'll actually spend less time feeling frightened and more time just feeling lost.

Want more? Check out our growing collection of Knock-Knock articles!

It wastes a good concept, and Knock-Knock is a bizarre and bewildering experience that will happily alienate all but those most dedicated to experimental games
By Mark Brown
| Mar 10, 2014 |
iOS + Android
Find out more about Knock-Knock

Bears vs. Art is an iOS puzzler that arms you with rage and claws to destroy art