Classic adventure sequel Doomdark's Revenge is out now for iOS, Android, and BlackBerry

You have my sword

We loved The Lords of Midnight here at Pocket Gamer, handing a Gold Award to this iOS remake of the Spectrum-era classic.

So, you can imagine how excited we were when we found out that the game's sequel, Doomdark's Revenge, was also heading to iOS, Android, and BlackBerry on February 17th.

Well, that's today. Lo and behold, this intriguing adventure - set in a fantasy kingdom and after the original - has surfaced right on time.

In Doomdark's Revenge, you travel to the frozen north to try and defeat the daughter of the first game's antagonist.

Cue lots of lord recruiting and questing as you try to keep one step ahead of the brilliantly named Shareth the Heartstealer. 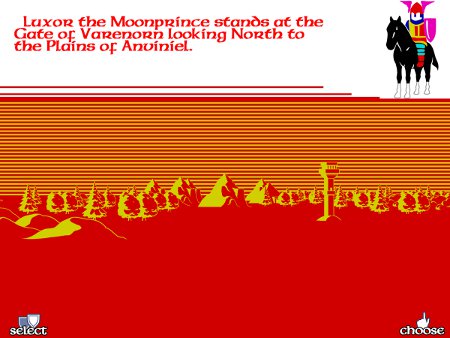 There are multiple paths to victory, and huge armies for you to command. All in the sort of scratchy lo-fi graphics some of us thought looked amazing 30 years ago.

Apparently, Windows Phone ports of both The Lords of Midnight and Doomdark's Revenge are in the works, too.

The Wolf Among Us - Episode 2, Smoke and Mirrors