Check out the demo for Pokemon-esque game Pon! A Virtual Pet RPG

You belong to me now

It's tempting to conclude that Pon! A Virtual Pet RPG is a combination of a Tamagotchi-esque virtual pet and a Pokemon-esque RPG.

But that would be an unfair comparison to make.

You're given your very own Pon at the start of the game. After it's hatched, your Pon whizzes around your apartment. Annoying but cute.

You can buy clothes, weapons, and items for your Pon. You can also buy decoration and furniture for your swanky new pad.

First, though, you'll need to earn gold. You do so by equipping your Pon with a sword and shield (better weapons are available later) and heading out into the world. You'll find loot to take back home, but you'll also encounter creatures and other Pons. 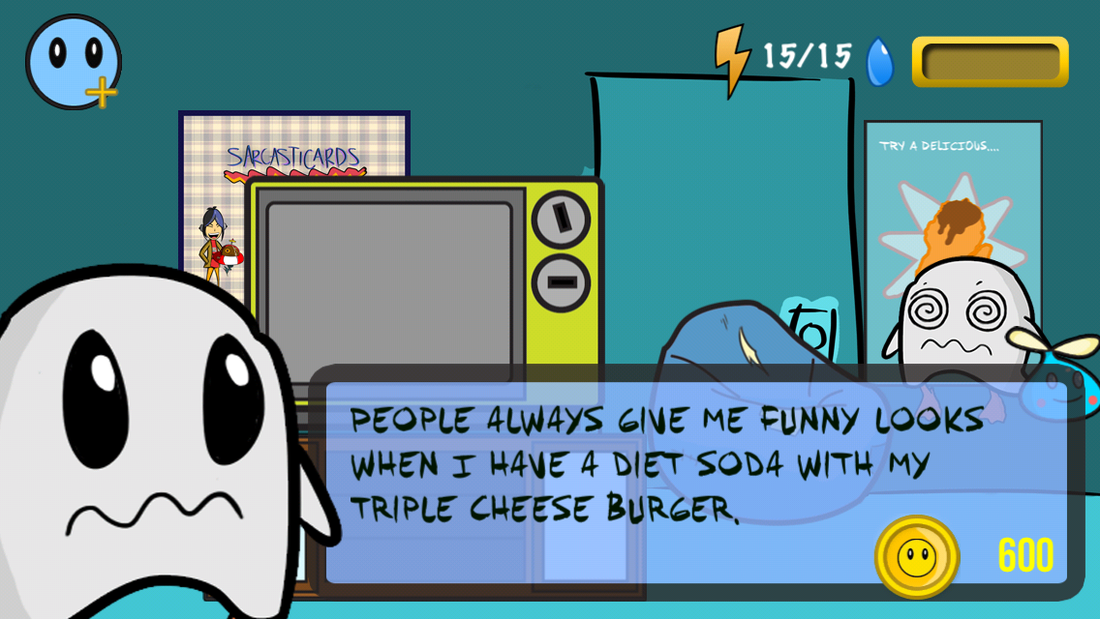 Combat is turn based here. You hit an oscillating power bar to execute an attack. By choosing from three circles, you are effectively deciding how much you'll defend yourself from your opponent's attack. You can use items to heal or add buffers, too.

It's simple, sure. Given the game's doodle art style and occasionally amusing character dialogue, though, Pon! A Virtual Pet RPG leaves a small but memorable impression. Plus, this combination of RPG and virtual pet isn't seen very often.

You can download the free demo version of Pon! A Virtual Pet RPG for iPhone from the App Store right now.