Hey, you know all those Angry Birds games that you've downloaded for your mobile for next to nothing? How would you like to pay ridiculous amounts of money for them on the PS Vita?

Aside from the vastly overpriced Angry Birds Trilogy on Vita, there aren't many new downloadable games about which to get excited this week.

Don't worry, though: there are some great price cuts. No, seriously.

That can't be right, surely? Alas, it is. And no doubt some poor fools will pick it up for that price.

Meanwhile, European Vita owners can purchase the long-awaited gorgeous Metroidvania-style adventure Muramasa Rebirth this week for £19.99. Valhalla Knights 3 is also available in the US for $39.99.

There are a couple of free downloads available, too. Crazy Market is a casual affair, while the Killzone: Mercenary Art Book is, well, take a guess.

DLC-wise, there's a new Star Wars Pinball table. You know, in case you're into that kind of thing.

Sales, price drops, and PS Plus

There's a massive sale on Vita games this week.

Over a dozen PS3 / Vita Cross-Buy games are discounted - some by as much as 60 percent.

And if you're a PS Plus subscriber, you can get an additional 10 / 25 percent off! Which is pretty mental, really.

Meanwhile, there's a "Horror sale" going on right now, with both Limbo and Obscure: The Aftermath reduced to ridiculous prices.

These sales more than make up for the expensive birds across which we stumbled earlier. Believe me. 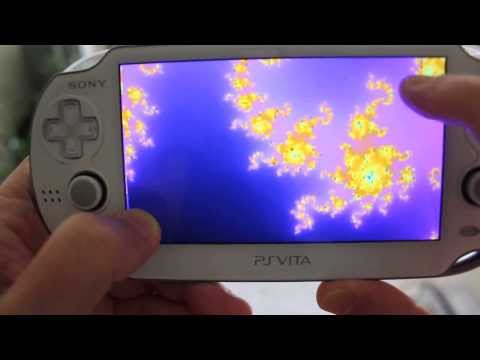 Fractopia is less a game and more an exploration of the Mandelbrot fractral. Neat, but worth £1.59? Probably not, if we're honest.

And there you have it - all done. Toodles!