Announced back in May of this year, the upcoming 3DS turn-based Rabbids Rumble was given a November 2012 release window by Ubisoft.

Since that time Ubisoft and Nintendo were both rather quiet about the fate of Rabbids Rumble, excepting for a brief mention during Nintendo's E3 3DS press conference.

Thankfully, this was the good sort of silence indicative of a company working hard to finish a title on time and not the sort of silence that would bespeak of a missed release date.

After launching a new trailer, we have learned from Ubisoft that Rabbids Rumble will be available for purchase in Europe on November 16th.

Let's get ready to Rabbid!

While the game will still offer plenty of mini-games for players to enjoy, it relies on turn-based combat to resolve disputes between warring Rabbids which is a first for the franchise.

Players must seek out and collect over 100 different Rabbids spread across seven game worlds before they can use them in combat. Collected Rabbids can also become stronger and perfect their abilities through training.

This "catch 'em all" mentality gives Rabbids Rumble a distinct Pokemon flair but - as the trailer below shows - it also stays close to its madcap Rabbids roots.

Although not listed in the trailer, Rabbids Rumble has a November 13th release date for North America. 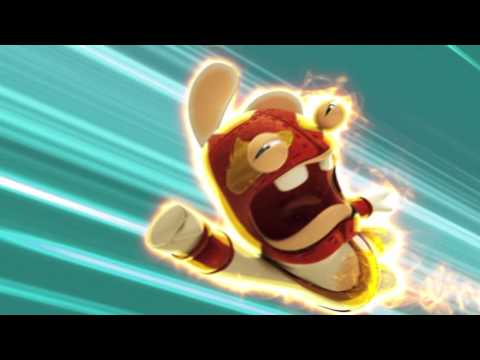