Following the plight of pixellated platformer The Other Brothers has certainly been interesting.

From promising first screenshots to programmer squabbles, and from a failed Kickstarter project to a resurrected Indiegogo campaign, watching this game has been nothing less than a roller coaster ride.

Thankfully, having now played an early demo of the game, it looks like all that heartache has been worth it.

The Other Brothers is easily shaping up to be the platforming game to watch in 2013.

It's a pretty traditional platformer. Hero Joe (or is it Jim?) can jump and double-jump, and knocks out enemies - like those fearsome dogs and mafioso henchmen - by leaping on their heads. He can also pick up power-ups (one of which lets him lob wrenches at foes). 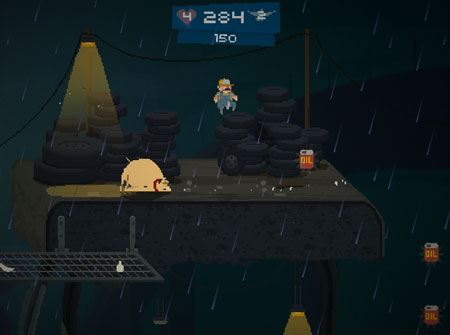 We played the demo version of The Other Brothers on Mac, so we don't know how well the controls will translate to touchscreens until it finally lands on iOS and Android.

This is a tough game, after all, with tricky jumps and enemies that take a few clean hits to fell. We'll let you know how the mobile version plays a little closer to release.

The level design, however, is far from orthodox. Don't expect linear levels that simply scroll from left to right: these stages are complicated mazes that are explored on multiple levels.

You'll climb ladders, drop down shafts, turn on switches, clamber over gears, and find new areas. It's a real delight to explore.

That's especially true because of the game's graphics. The Other Brothers is a gorgeous game, full of chunky pixel-art, expressive animations, and cartoony characters. But, it's the little details that can't really be gleaned from the screenshots that will surprise you. 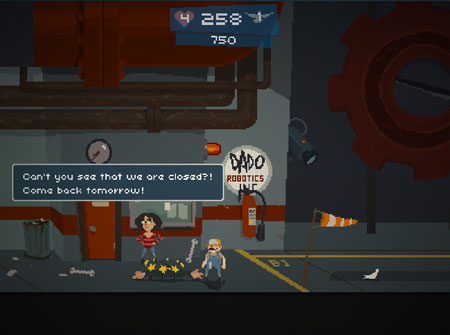 The way the pigeons - which are essentially your health points - fly away when you get near and then explode into a cloud of feathers if you catch them, for example.

The way the screen goes orange and hazy when you're near the heat of a furnace, or the way the sound gets muffled when you go indoors.

This all makes for a gameworld that's animated (in both senses) and feels alive. Every corner hides a unique obstacle, and the developer rarely just recycles the same visuals. Put simply, we can't wait to try out more levels.

The team still needs your help to make The Other Brothers live up to this potential, mind.

Its Indiegogo campaign has only five days left to run, and has attracted a tiny portion of the roughly $30,000 3D Attack Games got before its Kickstarter timer ran out. If you fancy supporting the game, head here.

'Not the end' for The Other Brothers, as Kickstarter project fails