Thanks to its Speed Cell 'chip in your boot' system

Given the availability of sports apps such as RunKeeper on the App Store, not to mention Nike+, which is embedded within iOS, it's hardly a surprise that German sports outfit Adidas is also getting into the apps game.

Actually, its miCoach training iPhone app has been around for a year [iTunes link].

It's a fairly hardcore experience that's a companion for the company's miCoach website, providing a wide range of fitness coaching programs for athletes of all levels.

The big shift, however, is the focus Adidas is now placing on apps - and mobile games - in conjunction with its new Speed Cell shoe-focused accelerometer, which can measure your speed, as well as steps and sprint distances and frequency. 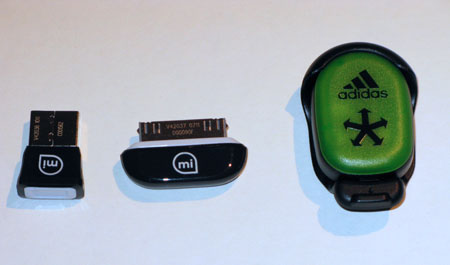 A small, green, pebble-sized unit (shown above with various connectors), it's being sold on its own (to be attached to your laces), or bundled with a new range of somewhat garishly coloured football boots, such as the adiZero F50, aka 'the boot with a brain'. 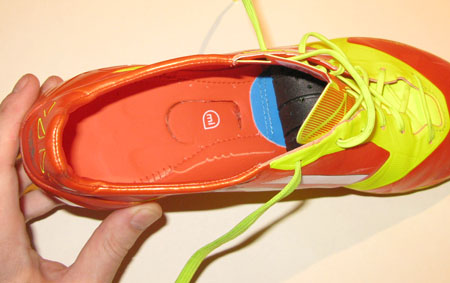 The trick with these - and other premium Adidas products that will support the tech, including running shoes - is the left of each pair has a pebble-sized void in its sole, into which you slip your Speed Cell. 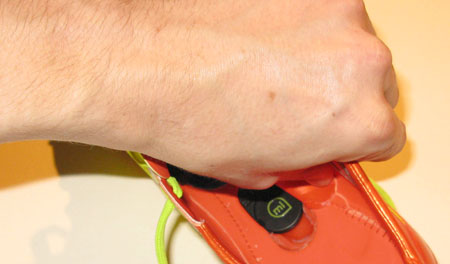 Once in position, any activity on the part of your foot is recorded.

Up to seven hours can be saved without the data starting to over-write itself; the point being that when your match or training is over you sync your Speed Cell with your iPhone or PC/Mac via the appropriate dongle using the Ant+ wireless protocol (basically a low power Bluetooth). 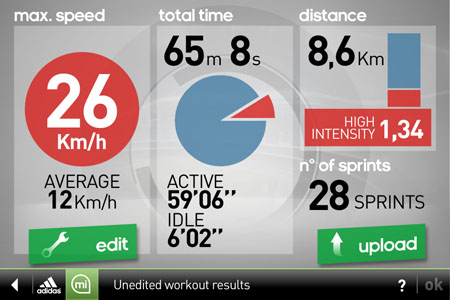 Further analysis and social interaction is enabled when you register and provide details such as age, gender and weight, and sync your data to the miCoach.com website.

So far, so interesting you might be thinking. What's the game?

That comes in a separate, free iPhone app - it will be listed under the Sports category on App Store - called miCoach Football.

Developed by Spanish studio Digital Legends (known for action games such as Icebreaker Hockey, Bruce Lee Dragon Warrior and One), it takes the same Speed Cell data, mixing it up within a street-style football game.

Launching as simple 4-on-4, you versus AI team footie experience, including such gameplay elements such as power ups (slow time, steal the ball, energerize etc), the game has been designed to encourage you to use your Speed Cell, with improvements in your real world performance boosting the attributes of your players, with respect to stamina, speed and recovery time. 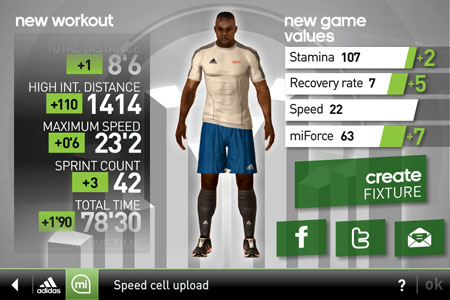 Neatly, your in-game and real world achievements will also be made available for wider distribution to friends and rivals via Game Center integration as well as Facebook, Twitter and email both within the app and from miCoach.com.

You won't need a Speed Cell to play the game, but it's the subtle and underlying focus. You'll also be able to unlock most elements - Adidas-branded clothes and items, stadiums, new power ups etc - via real money in-app purchases, when this mechanism is made available in the next update.

Other elements that will be included in further updates include online multiplayer and tournament modes, and deeper customisation options in terms of how your fitness is represented in your team, and variations for body, face, hair graphics.

In this way, Adidas is keen to stress Speed Cell is an integral part of its current strategy for the youth market - 14 to 19 years olds, who it categorises as being highly social, highly mobile, competitive and status oriented.

It has longterm plans for miCoach Football, and will be launching similar companion app/games for Running, Tennis, American Football and Basketball. 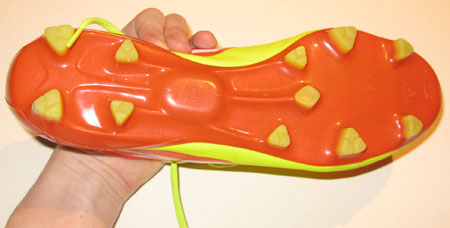 All of these will integrate with the miCoach iPhone training app in terms of unlockable challenges and the website, where Adidas is investing heavily in terms of building up the community.

Playing with the big boys

And, of course, Adidas is going to be backing this push with a typical high profile marketing campaign that will see Brazil and Barcelona's Dani Alves as the ambassador for miCoach Football (he's the in-game tutor), while Lionel Messi is the ambassador for Speed Cell, so presumably his game data, alongside other Adidas sponsored players such as Tottenham's Gareth Bale, will be made publicly available.

It's certainly a fascinating approach in terms of mixing up the virtual and real worlds, not to mention the individual and social use of fitness data, and one that Pocket Gamer will be investigating in its faintly energetic manner in the coming weeks to see whether we can see any physical improvement, alongside that in-game. 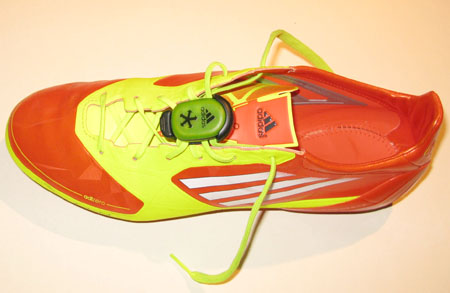 miCoach Football is free for iPhone and iPod touch, and due to hit the App Store on Friday 18 November, while the adiZero f50 boot bundle with Speed Cell is available now priced €245. Individual Speed Cells will cost around €70.

You can get an idea how the miCoach training part of the scheme works in the following video.

The Legend of Heroes: Trails in the Sky