Which one is in your pocket?

2009 has seen some radical changes in the mobile phone landscape. The old guard of Sony Ericsson, Motorola, Nokia and Samsung have found themselves under attack from Apple’s all-conquering iPhone and three of those four manufacturers have consequently rallied under the banner of Google’s Android platform in the hope that strength in numbers will be enough to keep Steve Job’s ravenous company at bay.

2010 is shaping up to be quite a hum-dinger of a year, what with Sony Ericsson prepping its Android-packing Xperia X10 for launch and Nokia putting all of its weight behind the Maemo-powered N900.

Chances are we’ll also see another hardware iteration of the iPhone during the next 12 months, but that’s all in the future - let’s have a look back on what made 2009’s best handsets so desirable.

If you’ve been following the mobile gaming scene over the past 12 months then the fact that Apple’s all-conquering telecommunications device is sitting pretty at the top of the pile should come as little surprise.

The iPhone 3GS - along with its comms-free little brother the iPod touch - has simply gone from strength to strength over the past year. The quality of the games available is staggering, with many challenging the likes of the PSP and DS when it comes to playability, addictiveness, and sheer fun.

Of course, it helps that the handset is backed with plenty of other cool features, too: video-recording might not be a new thing on mobile phones, but filming using the iPhone is intuitive and entertaining. Apple’s slick user interface is also a joy to navigate.

There are niggles, of course: using actual music as a ring tone is frustratingly difficult, requiring the user to shell out for Apple-approved tones which are limited to 30 seconds. In terms of user customisation, the iPhone is unquestionably way behind Android-enabled devices.

Still, it matters little in the grand scheme of things. The Apple’s experience might allow less freedom but it’s arguably slicker and more enjoyable, and these traits have enabled the phone to capture the imagination of the general public. 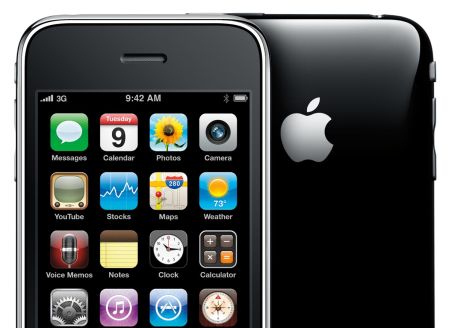 If we had a pound for every time we heard the term 'iPhone killer' attributed to a new handset then we’d have… erm… a handful of quids, probably.

Motorola’s Droid - seen by many as the first Android handset to truly live up to the potential of the operating system - is the latest phone to carry the mantle, but the difference is that it’s actually giving Apple a run for its money.

Combining a gorgeous design, massive screen, and updated Android 2.0 operating system, the Droid is currently turning heads in the US and will be available here in Europe soon, where it will be rechristened as The Milestone.

Sadly, us Europeans will be losing one of the phone’s more interesting features - the SatNav-slaying Google Navigation software - but aside from that things will be pretty much the same despite the name-change.

While Google has struggled to attract developers to its Android Market in the face of the App Store’s overwhelming popularity, and coders are limited by the fact that application storage is limited to roughly 256MB (that’s for every app on the phone), the future for the format is still pretty positive.

It’s easily the best alternative to the iPhone, and the level of customisation is nothing short of incredible. Motorola’s cheeky advertising campaign may have ruffled a few feathers at Apple’s HQ, but much of what is said is true: those of you wanting a more in-depth mobile experience might want to check out this baby when it eventually touches down here in the UK. 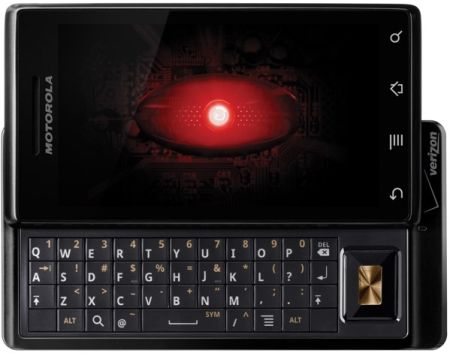 While the Droid may have swallowed up the lion’s share of media attention lately, Motorola’s other Android handset is equally worthy of investigation.

The DEXT (known as the CLIQ in North America - what is it with Motorola and name-changes?) is essentially the company’s first stab at producing an Android-powered phone, and in many ways it shows. The DEXT arguably lacks the sheer desirability of its more illustrious sibling.

If your budget can’t quite accommodate the pricy Droid but you still want in on the Android party then this is a solid option. It’s currently exclusive to the Orange network, though. 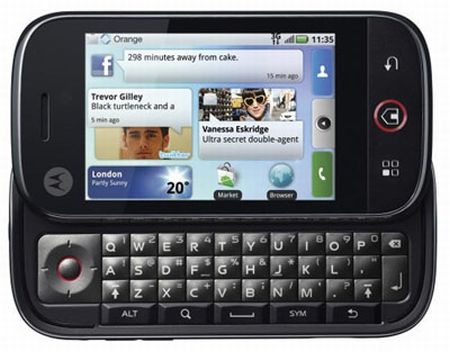 HTC was the first on the Android scene with its much-maligned T-Mobile G1, which many industry experts surmised was something of a rush-job.

With looks only a mother could love, the G1 nevertheless remains one of the most popular Android-powered phones, although this probably has more to do with the fact that it was the only handset to carry Google’s operating system for quite a while.

HTC has made no such mistake with its successor: the Hero is strikingly attractive phone, regardless of what you opinion is on the controversial 'chin' design. Boasting sharp lines and a slim figure, it’s a device you’ll be proud to be seen with in public - which is more than could be said for the G1.

However, such svelte looks have come at a price - the G1’s excellent QWERTY keyboard is gone, and when you consider it was one of that phone’s more pleasing elements, that’s quite a blow.

Still, everything else is nigh-on perfect. HTC’s proprietary Sense interface is nothing short of revolutionary, effortlessly pulling together information to create a complete picture of your social scene. For example, your contacts are displayed with salient data such their recent messages, Facebook posts and Flickr photos.

Additional Home screen widgets and an expanded desktop display make this one hell of a mobile contender. It also runs games faster than its predecessor, and titles like Speed Forge look positively stunning on the HTC’s pin-sharp screen.

It may have been superseded by Motorola’s Droid, but the Hero is still a thoroughly likable handset and a worthy challenger to the iPhone. 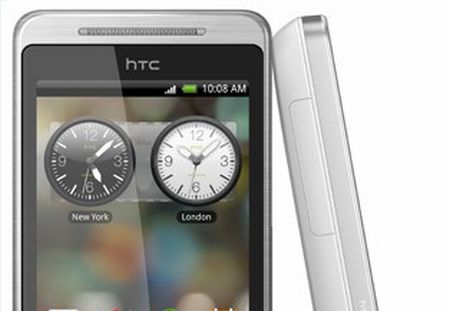 With the iPhone and Android fighting it out for top honours, traditional mobile phones have inevitably suffered. Nokia, LG and Sony Ericsson all seem to be focusing on the smartphone market, although there are some notable handsets that are worth a look - the LG Arena being one such example.

It’s ironic that Apple and Google’s vision of a mobile future seems to be lagging behind ordinary phone in many respects: video recording, for example, is far better on the Arena than it is on the iPhone or even the newly-released Droid.

Naturally, other elements of the phone - such as general connectivity and the opportunity to install apps - are less impressive, and the limited number of games available is going to disappoint anyone who has experienced the App Store or Android Market first-hand.

Still, if you could care less about being part of a constantly connected world and yearn for a simpler phone which offers a quality user experience at a reasonable price, then the Arena will fit the bill nicely. 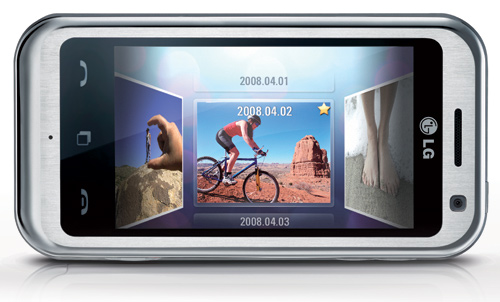 Are you BFF or just Clueless?