Interview: Apex Designs fills us in on Payback and the pitfalls of iPhone development

Read all about the world's longest serving GTA clone

It’s been a retro couple of weeks here at Pocket Gamer, with a host of news items and reviews dredging up wistful gaming memories. But there was one game which really caught our nostalgic eye - mainly because it doesn’t have that usual decade of inactivity in its development cycle.

Payback has appeared on the Amiga, Pocket PC, GBA and other formats over the last ten or so years, with gradual improvements appearing at each iteration. And now it seems to have found the platform it’s been looking for all these years in the iPhone.

So we decided to sit down for cup of tea and a biscuit (hey, even hot young game hackers have to get older) with lead designer James Daniels and learn a bit more about his long-lived game.

Pocket Gamer: Can you give us a bit of background on Apex Designs?

James Daniels: Apex Designs was the name I released games under back when I was at uni and it just sort of stuck. 6-Tris and Frontal Assault were two most successful games from those early days - they're still available from my site, but you'll need an Amiga (or, more likely, an emulator) to play them.

Back then it was very much a one-man operation, but far more people were involved in the development of Payback – over 40 at the last count. (Although I'm the only one on it full time.)

Payback’s been around for quite some time now. Can you tell us how it began, and give us a bit of info about the game on other systems?

It began way back in 1998. I'd written a few games for the Amiga in my spare time and decided I wanted to have a go at a commercial project. I experimented with a few ideas (everything from a first-person RTS to a Zarch/Virus-style game) before stumbling across a certain little-known game called GTA.

I really liked the concept and there were a lot of additions I wanted to make to it - not to mention that it wasn't available for my platform of choice at the time. 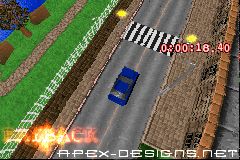 I initially developed the game in my spare time, but it soon became a full-time job. Payback was released for the Amiga in 2001 and won several “game of the year” polls. Support for 3D graphics cards and PowerPC processors quickly followed.

Amazingly, the game is still popular among Amiga enthusiasts today. Work on a GBA version began in 2002 and this version was a finalist in GameSpot and IGN's “Best of E3” awards when it was released in 2004.

I was asked by the UK distributor of the Linux-based GP2X handheld to do a version for that machine in 2006. I decided to take the opportunity to radically overhaul of the entire codebase, completely reworking it to take advantage of the extra hardware power and all that I'd learned since the game's original release.

The graphics were vastly improved by the addition of HDR lighting and many other refinements, a full voice soundtrack and many extra music tracks were added, the HUD and menu system were completely reworked.

It was a massive improvement over the previous versions - GamesTM gave it 91 per cent and described it as “the best GTA clone you've never heard of.”

If you're interested, there's a series of progress reports detailing the development of the game pretty much from the start until the present day on my website.

Were you looking for a new platform to bring Payback to, and if so when did you realise the iPhone was the way forward?

I was approached by a publisher about the possibility of them doing a version for the iPhone. Of course, one of the great things about the App Store was that there really isn't a great need for a publisher so I decided to go it alone. 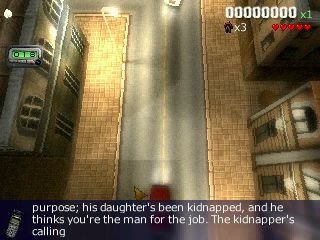 How did the development of the iPhone version differ from the other platforms Payback’s been released on?

It wasn't radically different, although the number one goal throughout the process was getting the controls to work right. A lot of time was spent designing, tweaking and tuning the controls to be as responsive and intuitive as possible.

Did you find there are any particular advantages of using the iPhone that you didn’t have with Payback’s other versions?

The biggest advantage of the iPhone from my point of view is the App Store. There's never been such a successful platform with such an open, built-in distribution system.

What was the hardest part about bringing Payback to the iPhone?

Probably the hardest part happened when I first released the game on 15th January. It very quickly became apparent that there were major bugs that only happened in the App Store build.

Of course, I immediately pulled the build and tried to track down the problem, but it's very hard to do that when the issues never happen in any build that can be tested in the normal development environment.

Through a process of trial and error (each trial requiring a resubmission to Apple and a one week wait) and conversations with Apple's tech support, I eventually discovered that something inside the App Store conversion process doesn't like big executables and was corrupting the game after it left my hands.

Once I finally got to the bottom of it, it was a fairly quick process to reduce the .exe size (nothing was lost, the missing data is just loaded on startup instead of being pre-loaded) and get it approved ready to be released again. 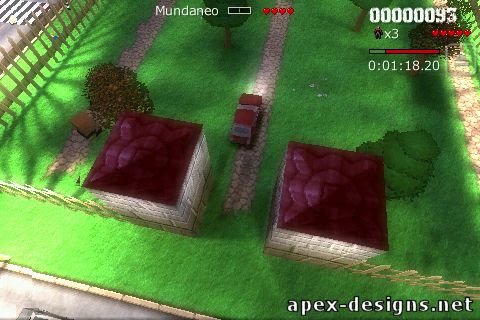 Which aspects of the all-new Payback are you particularly proud of?

Obviously, there's a whole bunch of other stuff that was already there that I'm really happy with - the really stunning HDR lighting (it's precalculated by simulating the path of almost a trillion photons across all 11 cities), the soundtrack, the attention to detail and the general slickness you won't find in many other iPhone/iPod touch titles. The explosions are kickass, too. :)

Are there any hidden references, in-jokes or personal additions to find in Payback that we might find interesting?

Definitely! Everything from subtle movie quotes mixed into the dialogue, to psychopathic white van drivers, to screaming bus passengers, to snowmen you can knock over - the game is chock-full of details like that!

What are Apex Design’s plans for the future? More iPhone games? A Payback sequel?

Thanks to James Daniels for his time. Read the Payback review here.

Will Kratos rip Link's head off to be crowned best BAFTA handheld game?

Hands on with Williams Pinball Classics for PSP

Apex Designs gets a $400,000 Payback for GTA-esque iPhone game

Hands on with Payback