The first in a series celebrating the handheld systems of yesteryear

Everybody loves an underdog. There's something alluringly idealistic about the notion of the little guy taking on overwhelming odds and coming through triumphant. Unfortunately, this type of struggle doesn't always end with a result akin to David and Goliath's encounter.

In reality, more often than not the outmatched underling is mercilessly crushed beneath the steel boot of the superior rival, making you wonder why they even bothered to square up in the first place. One such miss-matched conflict took place a decade ago between video game industry heavyweight Nintendo and relative minnow SNK.

The odds were stacked heavily in Nintendo's favour from the outset: millions of Game Boy consoles sold, incredible support from all the major developers and the added bonus of the brand name almost everyone seemed to associate with portable gaming.

In the other corner, SNK looked pathetically weak in comparison. Although the company had carved out a niche in the arcade market thanks to excellent games like Fatal Fury, Metal Slug, King of Fighters and Samurai Shodown, in terms of home console success SNK was distinctly lacking. Its cult Neo-Geo Advanced Entertainment System – a technical behemoth of a console released at the dawn of the 16-bit age – was popular with hardcore arcade gamers but was ultimately far too expensive to gain any significant degree of market penetration.

Nevertheless, SNK was confident enough to take the field against this seemingly unbeatable rival. Observing the somewhat creaky nature of the aging Game Boy hardware (which by this point was almost ten years old), SNK developed and manufactured the snappily titled Neo-Geo Pocket (NGP) in 1998. Replete with a crystal-clear monochrome LCD screen, an innovative (and brilliant) micro switched joystick and a muscular 16-bit processor under the bonnet, the machine was perfectly positioned to take on Nintendo's veteran handheld. 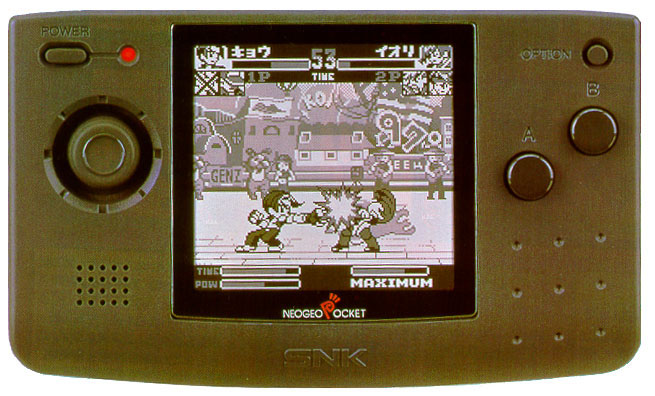 Software support was an early concern – it quickly became evident many developers were disinclined to commit to an unproven console when they knew that the Game Boy offered a much wider audience for their software. Regardless, SNK hoped that strong sales encouraged by sterling first-party software would be enough to entice developers to the cause.

However, the biggest problem the fledgling handheld faced was the unrelenting march of progress. In a particularly ironic piece of timing, Nintendo released the Game Boy Color a few months after the NGP made its debut in Japan. This new piece of hardware contained an enhanced version of the 8-bit Zilog Z80 CPU found in the first Game Boy and was therefore less powerful than SNK's monochrome system, but the addition of a colour display was enough to make the NGP look positively archaic in comparison.

As a result, only ten games were ever released for SNK's suddenly defunct handheld and a western release was ruled out completely as the company hurriedly returned to the drawing board with its tail between its legs. Round one to Nintendo.

For SNK, a hardware upgrade was the only option, meaning that faithful early adopters would have to open their wallets yet again – not the ideal situation when you're trying to gain consumer loyalty. However, by the start of 1999 those dedicated enough to stay the course were rewarded with a wonderful new machine that built on the good work achieved by the previous iteration. The dimensions of the Neo-Geo Pocket Color (NGPC) were largely unchanged, as was the button and pad layout. The most obvious evolution was glaringly apparent when the console was powered up, though – it now possessed a gloriously clear TFT liquid crystal colour display. 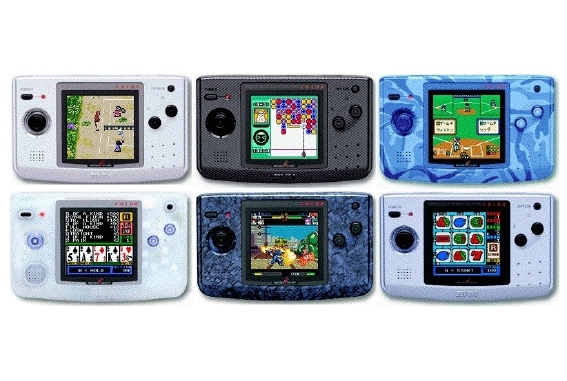 After the slight hiccup that was the monochrome NGP, things were looking up for SNK's new handheld. The technology was undeniably great, boasting incredible stamina (40 hours of gameplay off the back of two AA batteries), and it retained the unique battery back-up powered clock, calendar and rudimentary horoscope program of the NGP – these original features made it surprisingly akin to a mini-personal organiser.

Unlike the previous machine, SNK pushed the NGPC into western markets and it proved to be surprisingly successful in the UK where it gained prestigious shelf presence in high street stores alongside its bitter rival – the Game Boy Color.

However, while it was obvious that fans could rely on SNK to provide first-rate gaming experiences, no console can survive without the support of third-party developers. After the wall of silence that faced the release of the monochrome version, support for the colour upgrade was surprisingly positive, at least initially. Industry veteran Namco was impressed enough to create a wholly faithful – and arguably unbeaten – portable conversion of the seminal Pac-Man arcade game (complete with a special joystick adapter that limited the player to vertical and horizontal movement for ease of play) and former handheld combatant Sega picked the NGPC as the platform to host Sonic The Hedgehog's first ever outing on non-Sega hardware. Related to this, a move was also made to grant compatibility between the Sega Dreamcast and NGPC via a dedicated link-up cable.

Sadly, it just wasn't enough and the acute lack of third-party support experienced by the monochrome NGP was soon felt by its colour cousin, albeit to a lesser extent. The combination of capable hardware and good support from SNK simply wasn't sufficient to secure the machine a long-term future in the face of Nintendo's stifling dominance. The NGPC lacked a brand as powerful as Pokémon to sell it to the pre-pubescent masses, and while many of SNK's key properties were popular amongst the hardcore minority, they were completely unknown to kids – then the vital target audience when it came to portable gaming. Although SNK managed respectable (if not stunning) sales in the UK, early distribution in the US (arguably the most vital of the all the territories) was handled in a shamefully slapdash manner, further eroding the machine's chances of survival.

However, the killer blow was ultimately the financial predicament that SNK found itself in. Amusement rival Azure purchased the ailing firm in 2000 and swiftly withdrew the NGPC from western territories. Sloppy management would eventually result in SNK filing for bankruptcy in 2001. By this point Eikichi Kawasaki – SNK's founder way back in 1978 – had left to found a new venture under the name of Playmore. Kawasaki successfully bid for the rights to the SNK's intellectually property and SNK Playmore was born.

A flood of excellent first-party software appeared for both the NGP and NGPC, with SNK unsurprisingly porting many of its most popular franchises to the new platform. When the Color variant hit the market the initial releases were merely colourised updates of previous monochrome hits, but these were soon followed by dedicated colour games as SNK's preference for 2D brawlers shone through. Games such as King of Fighters R2, Fatal Fury: First Contact and Samurai Shodown came and went, dazzling hardcore fans in the process. 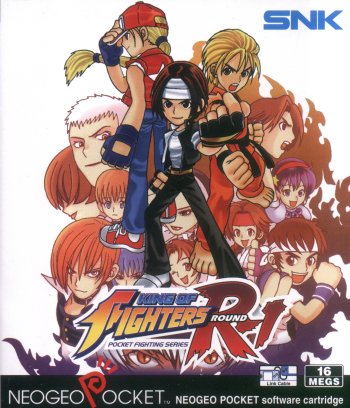 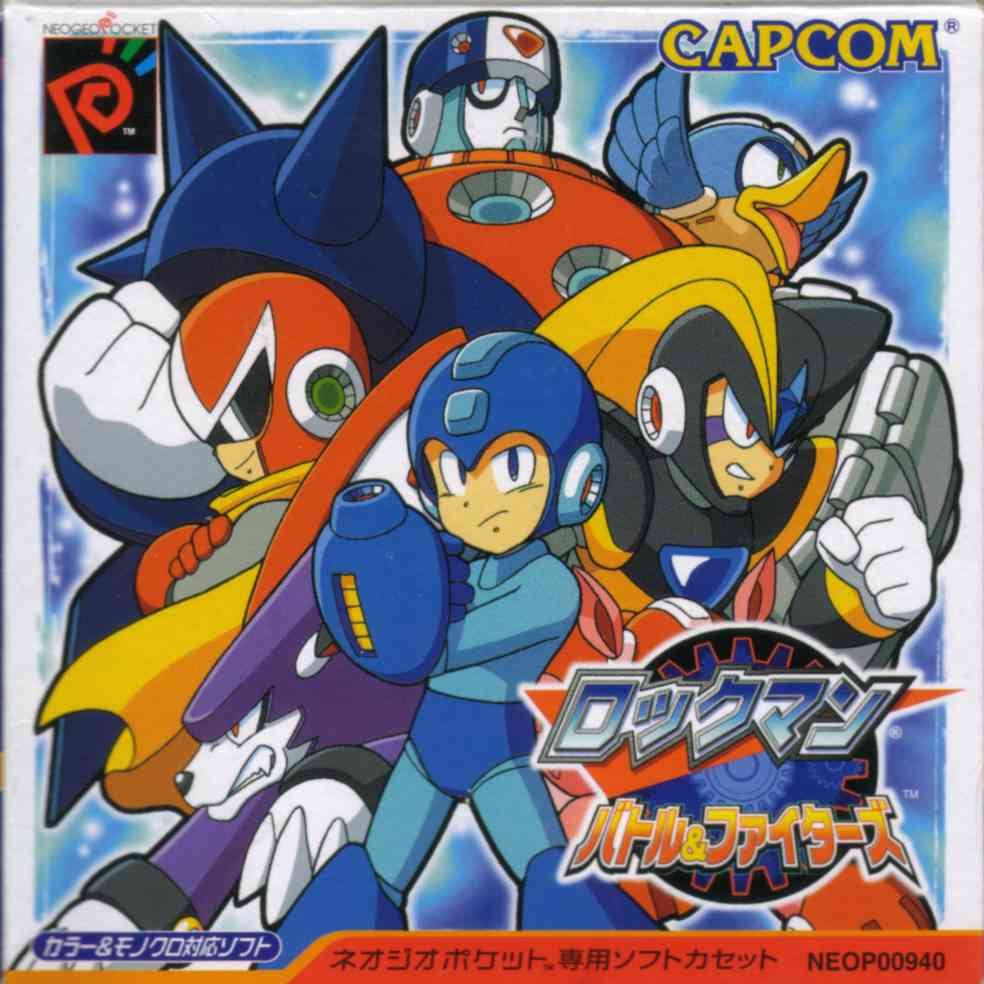 "SNK as a company were known for their fighting titles and the handheld certainly does not disappoint in that genre," comments Mat Allen, video game journalist and self-confessed NGPC connoisseur. "The superb mini-stick on the NGPC allowed for perfect control and execution of moves. In fact, the NPGC's stick is probably the first and only time such a device has worked on a handheld." The micro switched stick was based on the one found on SNK's Neo-Geo CD system, and it did indeed work like a dream, offering precise and accurate control accompanied by a delightful 'click' sound.

Considering SNK's fighting pedigree and the genre's traditional reliance on a vast array of buttons, you'd be forgiven for thinking that one-on-one brawlers would be rendered unplayable by the fact that the NGPC only possesses two buttons. Not so. "The lack of buttons strangely enough was never a real issue, even with the fighters, which only adds to the appeal and playability of such titles," says Allen. "SNK managed to work around the limitations and compacting their fighters into a two-button arrangement made them more accessible and easier to grasp."

Speaking of beat'-em-ups, fellow fighting game legend Capcom indirectly supported the system via the Capcom vs SNK series, which included the excellent Match of the Millennium and Card Fighters' Clash, but the games themselves were coded by SNK.

Allen singles the latter out this as the 'killer app' of the machine. "If there is one, just one reason for getting this handheld, then it is this game," he enthuses. "It is pure unadulterated digital crack. Build a deck, play opponents, get new cards to improve your deck… With 300 different cards and no limit to how many of each you can use in a deck bar the number of copies you own there is a massive amount of variety and strategy available.

"Card Fighters' Clash is one of those hard-to-describe titles to the lay games player because it exists within an altogether different world. It is also easily one of those titles that should be put in a 'games you must play before you die' list."

So if your interest in this marvellous but criminally underrated handheld has been well and truly piqued, how do you go about purchasing one? Thankfully, second-hand prices are relatively low at the moment and it's easy to pick up unboxed systems on well-known auction sites. Games, meanwhile, range from dirt cheap to the surprisingly expensive. 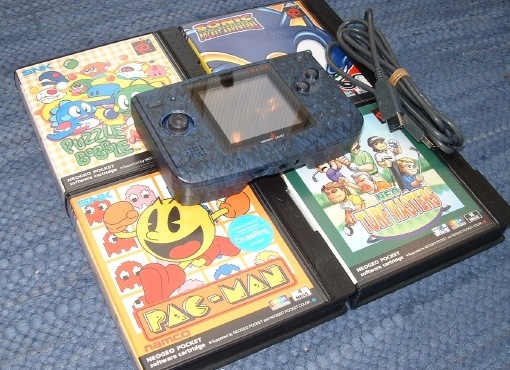 Hardcore NGPC enthusiast Allen – who possesses what is arguably one of the most complete NGPC collections on the face of the planet – maintains that the appeal of the console is largely down to the excellent standard of software available. "One thing immediately of note regarding the software library available, especially in the UK, is just how high the great:crap ratio is," he comments. "Add to the already mentioned 2D fighters both Metal Slug games, Sonic (the best handheld version of the franchise), Faselei (lovely turn-based combat game), Picture Puzzle (blatant Picross clone)… hell, even the quirky stuff like Crush Roller is worth a gander if you played it in the arcades in the '80s."

And given that it remains one of the finest handheld golf experiences we've had, let's not forget Neo Turf Masters, either. 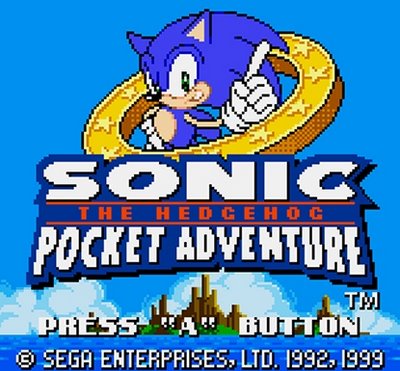 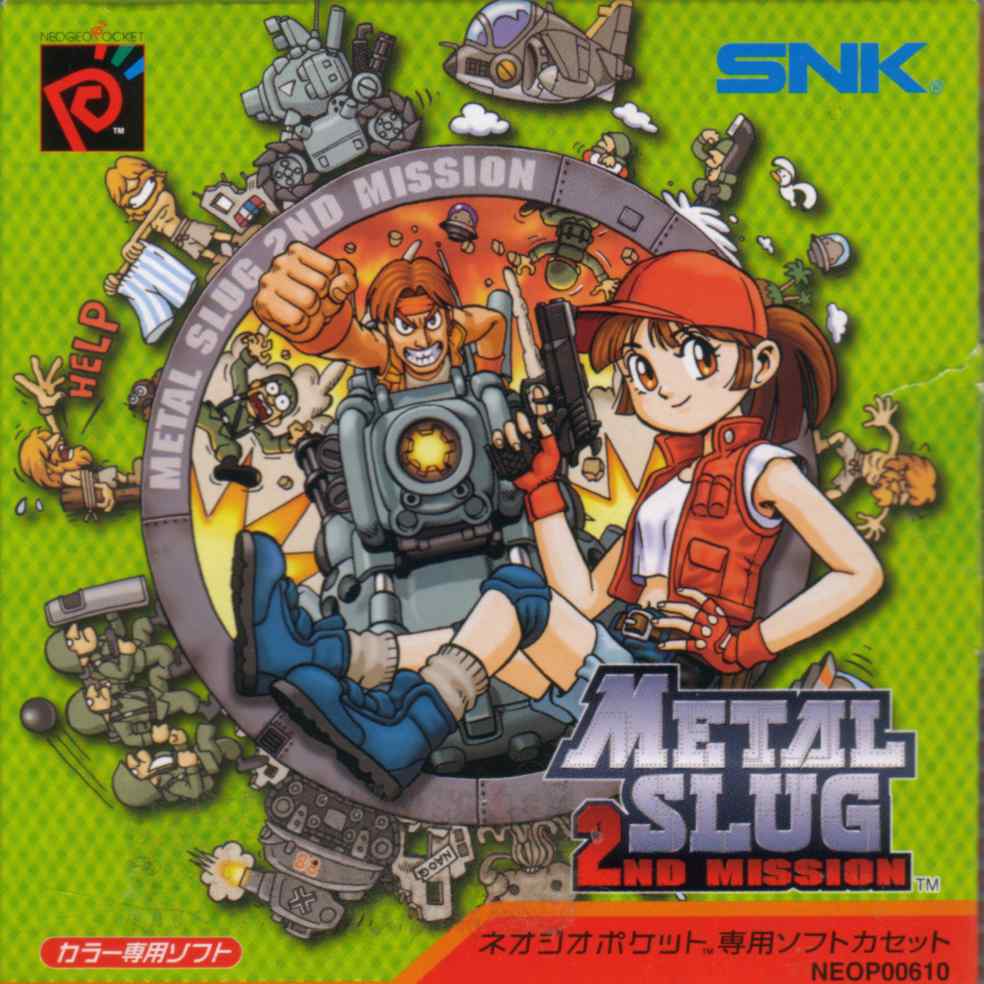 The relatively small number of releases is also one of the reasons collectors love the machine. "Whilst having a low volume software library makes that easier to achieve," Allen explains, "any potential collector for the machine is advised to go for the European releases, which came in lovely plastic clamshell cases, and maybe branch out from there on in.

"Availability and price on many games, even the more desirable and/or rare titles, has started to swing the way of the buyer in the last couple of years. Having said that, the price for NPGC games has always been in the packaging; you can acquire even the rare titles quite cheaply as loose cartridges. Wanting everything else is what will cost you. So it really depends if you want to buy the NPGC to just play, or to collect as well."

So there you have it. If you fancy a change from training your brain and raising armadillos on your DS or powersliding through yet another PSP racer, give the Neo Geo Pocket Color a go. There's never been a more opportune time to unearth this hidden gem.

Get your WWII shooting thrills with The Overtaker 3D