Are you ready for The Sundering?

Way back at the end of May, Wizards of the Coast announced a new free-to-play Dungeons & Dragons battler called Arena of War.

We've since learned that Arena of War will be part of a year-long, multimedia event known as The Sundering, which will completely reshape the face of the beloved Forgotten Realms campaign world.

Events of The Sundering will take place in key Forgotten Realms locations like Baldur's Gate, Neverwinter, and The Icewind Dale, and will be told through a combination of novels, comics, digital offerings, tabletop RPG adventures, and other channels.

Arena of War will give players the chance to engage in epic, 3D multiplayer battles on their iPhones, iPads, or Android devices.

While Arena of War is focused more on action than roleplaying, familiar D&D mechanics like leveling up and questing will factor into the gameplay alongside the fast-paced battles.

Wizards of the Coast notes that Arena of War will follow the story of The Sundering as it unfolds over the next few months, and it'll give players a chance to help restore the balance of power in the Realms before events of The Sundering are complete.

The only release date we have for Area of War is "coming soon", but you can pick up the rare Cause Fear power if you pre-register for the game over at its official website. 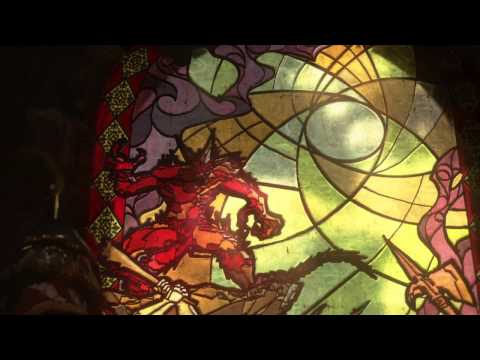 Subscribe to Pocket Gamer on
Next Up :
Charlotte's Table is celebrating Valentine's Day with an update featuring new stories, levels, and rewards

Free to play Dungeons & Dragons: Arena of War rolls for initiative and comes to the App Store

What do G.I. Joe and Dungeons & Dragons have in common? They're both coming to iOS and Android later this year