You can ride a dragon, by the way

Crescent Moon has announced that Aralon: Forge and Flame will be out for iOS and Android this Thursday, December 3rd.

Not only that, the upcoming RPG has got a new trailer. How fancy (watch it below).

It shows off a range of swampy and castle-based environments, combat with savage tiger men, and dragon-riding (Take that, Skyrim).

As we've outlined in our hands-on with Forge and Flame, it's the sequel to 2010's Sword and Shadow, and has seen plenty of improvements.

That includes a bigger world to explore, more items and weapons, three races and four classes (with skill trees), real-time shadows, and a day and night cycle. 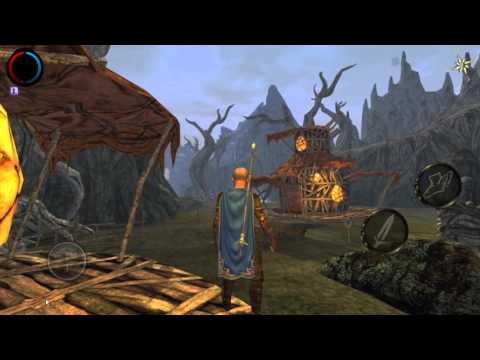 Otherwise, give it a couple of days and you can start playing the hopefully superior sequel in Aralon: Forge and Flame.

Aralon: Forge and Flame shows off its fantasy world in new teaser, will be out next month