GDC 2015: Here's your first look at the gorgeous Aralon: Forge and Flame 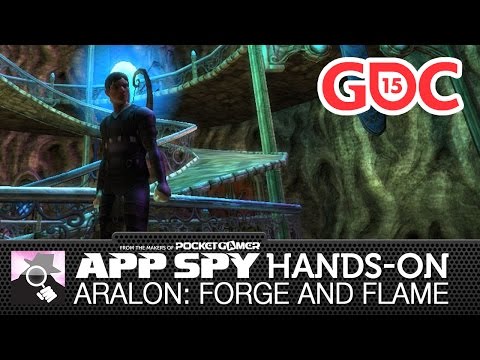 Ravensword and Exiles creator Crescent Moon gave us a sneak peak at its next epic RPG at the Game Developers Conference last week: the gorgeous Aralon: Forge and Flame.

It's the sequel to 2010's Sword and Shadow and things have moved on a bit in the last half-decade. The new game features a major visual upgrade thanks to Unity 5 and has improved lighting, proper cloth physics, sharper textures and more.

It takes place in the same world as before, but there are new areas to explore and as the new story happens hundreds of years after Sword and Shadow, things will have changed a bit. There are also new races, like the half elves.

The UI has been improved too - you can now just pinch to zoom into first person mode - and the skill system has been given an overhaul.

There's obviously a lot more to go into, but this is what we got to see in a brief demo of the game's new look and controls. You can expect it on your iOS or Android gizmo of choice in late spring or early summer. It will be a premium game.