Will you walk into my parlour?

If you've been longing to take on the role of a curious, if stubborn, spider and escape a danger-filled world then, firstly, that's a very specific want, and secondly, wait no longer as Arachnowopunk is available now for Android devices via Google Play.

Arachnowopunk is an incredibly charming - if frustrating at times - one-button platformer which has you exploring a bizarre series of locales, you'll travel past deadly machinery and dodge looming spikes as you carefully time your inputs to dodge obstacles and make your way through. That said, it's not a simple infinite runner. As you're a spider your character will move around all four sides of whatever obstacle they are on - so you'll need to plan at least a couple of steps ahead.

Despite it only featuring incredibly simple controls, developer e1sif has done a great job of building up abilities for the character as you proceed through the adventure. You'll find presents which unlock new shoes for your spider (handy then, that they have so many feet), it is these shoes which give you different abilities. Within a short while you'll be able to squash spikes which would have previously killed you, but as you learn that there's more than one way to tackle obstacles, or gain the abilities to clear them, new ones will be introduced. 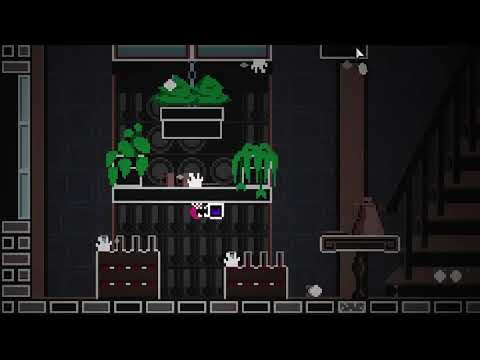 While it's a premium game on Android, you can effectively try before you buy - if you've got access to a computer - as there's a demo available on Arachnowopunk's itch.io page which can be played in a desktop browser. If you've not got access to a desktop, sorry, although it is surprisingly cheap, and you can get a good impression of the game from the trailer above.

Arachnowopunk is available now as a premium game on Google Play. It's sub-£1, which is an absolute steal.

Love auto-runners? Here's our list of the best 25 that are available for Android.
Next Up :
Happy Game will soon give mobile gamers psychedelic nightmares on February 2nd