Antyz - Did these shivering insects melt our hearts?

This week we're looking at the puzzle/adventure game, Antyz, which is a free app now available on iOS and Android.

The slogan of the developer is 'make things unique'. Did they do that with Antyz? In some ways, yes, but not so in others.

4 levels in and I'm really enjoying it. Hopefully it will get progressively more difficult. I like the art style.

This is ok at best. A little boring and controls are terrible.

Agreed, the controls aren't great. I've only tried the directional arrows, though. I don't know how it responds to tilt.

I'm not a fan of tilt in any game, so I don't think I'll try it with this one.

The gameplay doesn't seem to move on much from the early stages. It's also very slow.

The game has a good concept, but it's poorly executed. The controls are annoying, the levels get repetitive and you often die for no good reason.

I like the idea of the gameplay, it's just the controls that are letting it down for me. I keep pressing the wrong area of the screen and dying regularly.

Same here, it's rather annoying. I do like the concept of Antyz, but there's not much substance to it.

I agree with both of you about the controls. Either pressing the left or right hand side of the screen would be better.

Why don't you use the gyroscopic system? The touch control is bad due to the fail placement of the arrows, but with the gyro control this game is pretty fun.

I agree with Olivier. The gyro controls make the game a lot easier and more fun to play.

I just don't like gyro controls and if the alternative isn't implemented properly, then I just can't get into the game.

It's a nice little game with some cool ideas behind it. I haven't got far, but I want to keep playing to see how difficult it gets.

I had little fun with this game, though I used the tilt controls straight away and they worked perfectly. The game reminds me of micro miners which is much more fun. Sorry, it's not for me.

Well, this is a first. I've never seen a shivering ant. 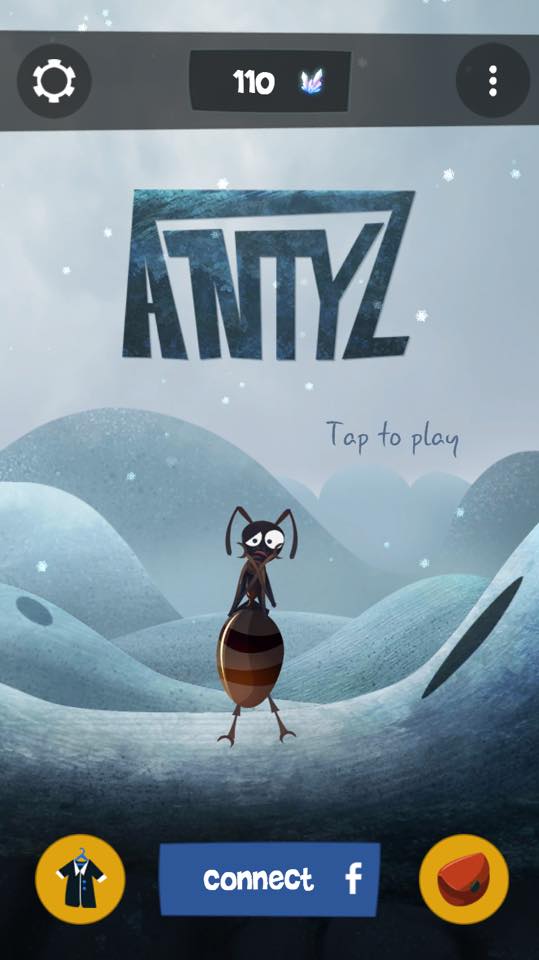 I have. It was a cold, cold night.

The story doesn't make a lot of sense either. You're an ant that saves other ants who apparently can't even move or dig themselves out. Also, they must beware the walls! If you touch one of those evil walls, your ant immediately dies!

The game does have loads of levels, but it feels like it's missing a hook to keep you playing.

It's kind of cute, though. I like the little ant fella. I want to protect him and help him find all his little ant friends.

It reminds me a lot of Where's My Water? The graphics are nice and polished. It has a nice pencil sketch feel to it, especially the UI and the menus.

I agree with everyone else, the controls are a bit poor, but the gameplay is fun and perfect to play in short bursts. Antyz is very slow in introducing new mechanics, so it might lack engagement early on.

Also, the dying animation for the ants could really use some work. It looks quite generic at the moment.

The game is trying to add more features, but it still seems a little slow for me and I still haven't got used to the controls. 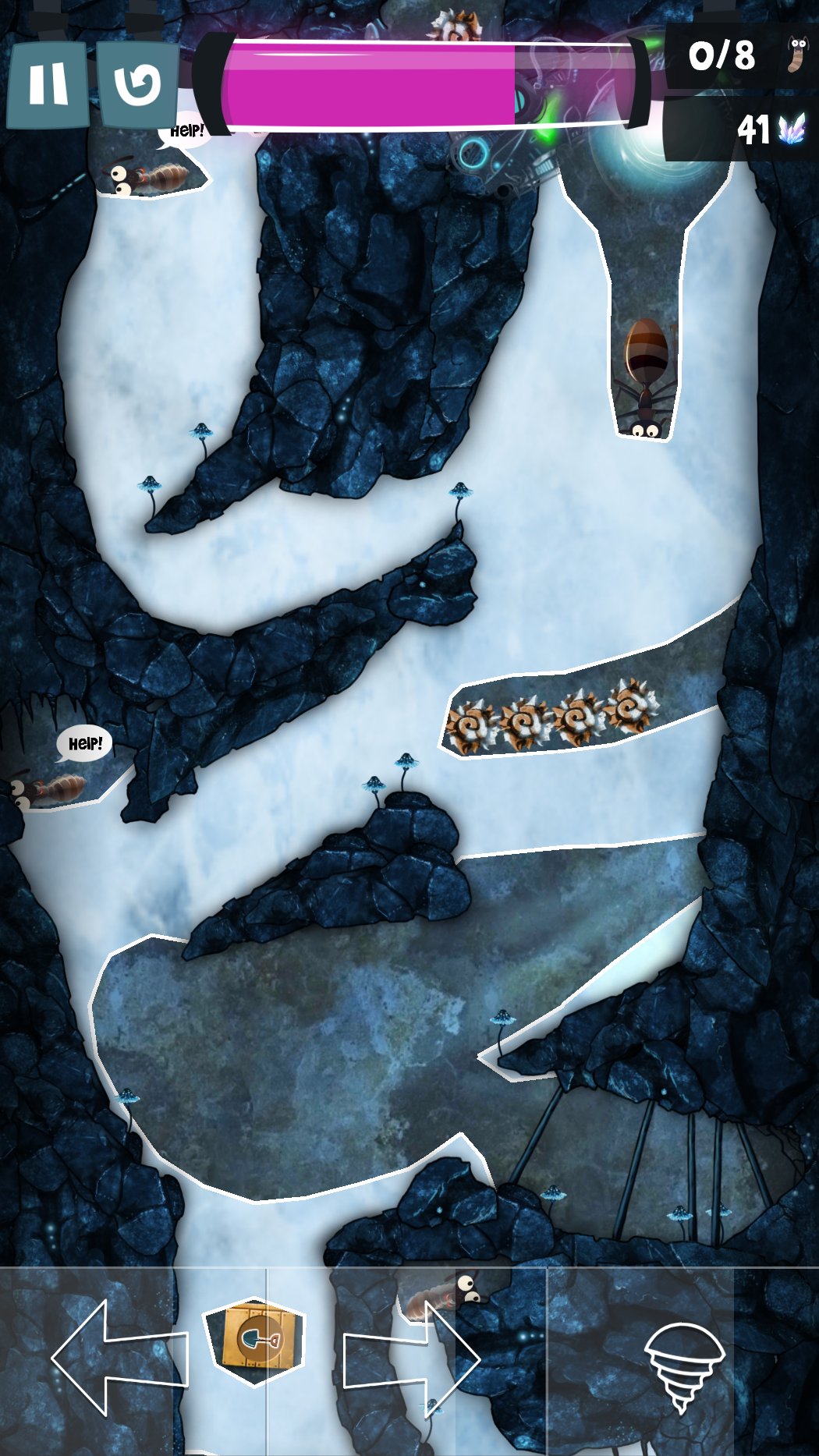 I'd also like to see a bit more character in the main ant - perhaps add some unique sound/voice effects to it - as well as hear more SFX in the game. For example, the removal of snow when slicing through it with your finger.

It's one of those perfect little games you can fire up when you need to waste 10 minutes. It's not too difficult, it doesn't require a lot of thinking and it plays pretty good. I quite like it.

I'm done. I've forced myself to keep going, but unfortunately it's not ground breaking or keeping my interest. Most of this has been done before. Good for younger kids, perhaps, but not much for me.

There's not much to the game once you keep going. I agree that this is better suited to a younger audience.

I don't know, it starts off nice and simple, but clearing a path for your ants really does keep you on your toes. I do find the controls frustrating, though.

I am really enjoying the challenging levels and quirky gameplay. I'm also quite happy with the controls and the option to change to suit your playstyle. Graphically, the game is subpar and the gameplay does get repetitive after long periods, but it's a nice time-waster and easy to pick up and play. I do think the game is worth a download.

The further I get, the harder I find it to control the ant. Whichever way I want him to go, he either stubbornly refuses or over-steers and goes off on a tangent. Still, the challenge is not unrewarding when you beat a level. 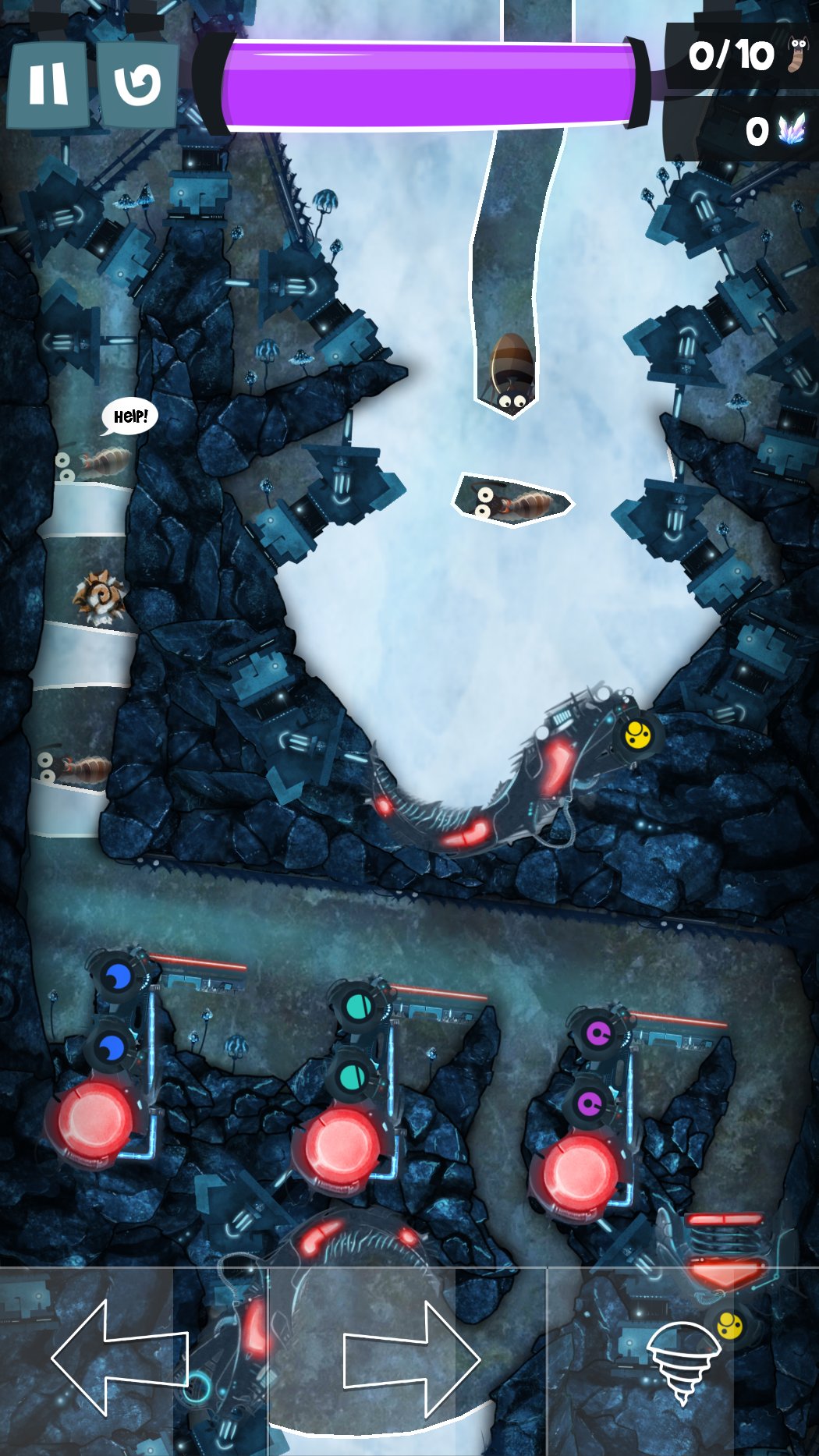 I quite like the F2P system. They don't add lives or ads, and every IAP is totally optional. I haven't reached any paywalls, which is definitely a good thing.

The IAPs don't seem over onerous. The values look like they have been set to tempt the player into maybe buying a £2.50 pack to give them a little boost and assistance. I have seen far worse implementations of iAPs in games a lot less deserving than this one, that's for sure!

I haven't required an IAP yet. You could quite happily play for some time without needing them. I actually found the tilt controls easiest to use once things ramped up, but it's never easy.

Graphically, it's functional rather than attractive. One area that is well done is the star balance. It's easy to finish every level. Doing so with three stars is far trickier.

If you want to three-star all levels, you will need to buy some gems, but just to progress throughout the game, it's not necessary.

At first, I liked Antyz, but the controls let it down and although I like the gameplay idea, I feel an update to move the controls around would help this game greatly.

The artwork is pretty and the game feels very easy and there's loads of levels. But overall it feels like it's missing something that would keep me playing for an extended period of time.

Overall, it's a nice puzzle game which makes you think quickly and on multiple fronts in order to get everything right.

Some work needs to be done with the controls, sounds, pacing and the main character, but other than that, the ant concept is fresh, different and absolutely works for the game.

Did you feel differently about Antyz antics? Did the troops get this one right? Let us know in the comments.
Next Up :
Noah's Heart first impressions preview - "Puts the 'massive' in 'MMORPG'"