App Army Assemble: Another Tomorrow - "Should you play this point-and-click adventure today?"

Another Tomorrow is a recently released point-and-click adventure from developer Glitch Games. It sees players solving a series of puzzles presented through beautiful-looking dioramas. Our App Army is well-versed in puzzling adventures, so we handed the game over to them to see what they thought.

Since the early days of the App Store, I have been a fan of escape the room puzzlers. There is usually something soothing about trying to get out or get the idea of why you are stuck where you are. Quality has always been an issue, and most of the games have looked quite poor in the graphics department. This is sadly true for Another Tomorrow as well with a definite throwback ten years back. It looks jagged and muddy. Considering that the first true escape the room/mystery game was Myst that looked better way back in the days of the Pentium-processor I do?t really understand.

The puzzles are a bit disjointed, and quite hard due to being well weird. I had to resort to getting hints early on, as I did?t get what part was the puzzle, and what part was the solution. I get it that all studios do?t have the muscles to create a quality game like Agent A: A puzzle in disguise, but given the quality that these kinds of games can have it is hard to recommend Another Tomorrow.

Another Tomorrow is a neat twist on the point and click adventure. As you play you will pick up objects, take photos and combine objects to progress in the adventure while suffering from occasional flashbacks that give you a clue about your situation. The rooms are nicely rendered and the music is sublime. The usual problem of point and click adventures is that frustration can quickly set in if you encounter a problem/puzzle that stumps you. It’s here that the game's hint system is invaluable. All in all, Another Tomorrow is a good game that I look forward to completing. 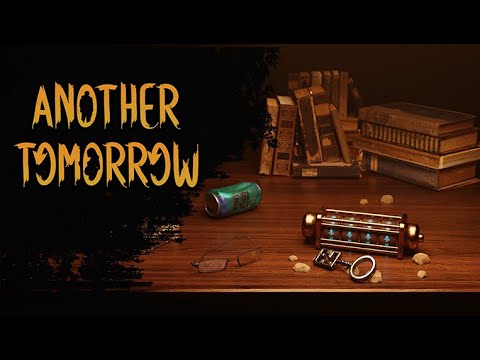 This is a brilliant example of a puzzle game. Great graphics, great puzzles and a great storyline that moves you forward. There is an added facet to the game which entails taking photos of scenes for later reference. There are all the usual code-cracking, key finding and head-scratching puzzles that make this genre so enjoyable and to help, in case your inner Sherlock Holmes has failed you, there are clues to help you over the blank moments. I also notice it has no in-app purchase. All in all, although I haven’t finished it yet, this is definitely a game I’m enjoying and can recommend it for all puzzle fans.

As a point and click mystery, this stands above the crowd in many ways. The music was excellent and a perfect fit that added to the experience. The environments have dimensions and atmosphere. I like that you actually have to combine things and that yes, you’ll have to sometimes, in order to affect (non-spoiler) that 3D environment. The story and cutscenes and unique mechanics kept me interested and the clue system helped me the few times I needed it.

Plus the in-game camera lets you take pictures to refer back to important clues. Comes in very handy. If there’s any complaint, and it’s a small one, I’d like the ability to zoom in for some of the smaller clues. Old eyes looking at an iPhone screen would very much appreciate that. Overall, however, I found it a very good game that fans of the genre should enjoy. Happily recommend.

The first look at the game is very refreshing: the isometric 3d graphics are precise and offer a change from the usual first-person pictures we generally find in this kind of investigation-puzzle game. The great slow and serious music and the sounds give these nocturnal places a very successful twilight atmosphere. The short cutscenes inserted in a violent way during the investigation insist subtly on the traumatic nature of the reminiscences of the character that we play.

I, therefore, found the atmosphere in which the game abruptly plunges us brilliantly immersive, and very motivating to delve into the puzzles that make up the main gameplay: they are neither too simple nor too complicated and do not give the feeling of "déjà vu" as one might have feared. The progression by adding new places gives a real satisfaction of discovering a new part of the investigation. Even the clues system is very clever and allows you not to get stuck without spoiling the reflection. The time needed to complete the game is adequate and the story is interesting until the conclusion.

Another tomorrow is a beautiful, challenging, and innovative game. It offers a very successful addition to this genre which is nevertheless very represented. I therefore absolutely recommend it, even for players feeling tired of a genre they would have already played a lot!

If you enjoy finding clues and solving the puzzles in adventure games from Syntaxity, Fire Maple Games, and MediaCity Games, then you’ll love Glitch Games’ Another Tomorrow. The hook in this one that makes it different from those others is the set pieces are detailed dioramas rather than flat images. You approach them from a first-person perspective to zero in on their details, exposing both clues and puzzles to solve. And this game is definitely all about the puzzles!

You find clues and solve puzzles to unlock more clues and more puzzles until you finally reach the end of the mystery. I’m loving it! The overarching story arc is fed to you in extremely short cut scenes, phone calls, and bits of paper strewn around the environment, but there are enough early reveals that you can figure out pretty quickly what’s going on.

This is a large game, 2+ GB, that takes 2-3 hours to complete. It runs seamlessly on my older iPad Air 2 running iOS 15. The graphics are crisp and detailed, the sound effects and voice work are very well done. The only gotcha here is it’s a British production, which is sure to mess with North Americans when they tackle the elevator problem.

Another Tomorrow, the point-and-click mystery with first-person views of diorama puzzles, is out now