Anima is a game in which you fight with your other half.

No, not your partner. Your LITERAL other half.

In this online multiplayer isometric game from London-based dev OutOfTheBit, two halves of the same character scrap with each other across a small magical island in an attempt to collect the most Energy Balls in two minutes.

Spicing things up a little are power-ups, which grant the recipient bullets, extra speed, camouflage, or invulnerability.

It's not just the pair of you on the island, either. There are larger enemies to dodge here, too, you see. Best to use a portal in that situation. You'll also have to avoid environmental hazards such as spikes. 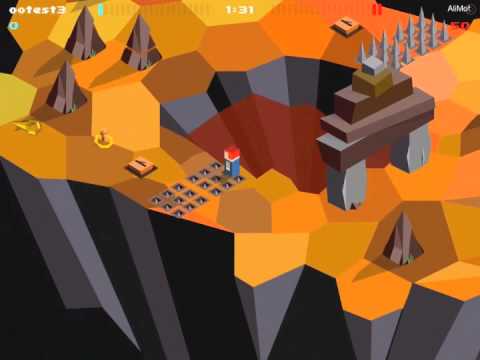 You may notice that Anima is a pretty unique-looking game. All of the primitive polygons were actually drawn entirely on an iPad using OutOfTheBit's own engine.