In other news, rumoured pig-starring Wine and Dine game a misunderstanding

Mine and Dine, the sixth Angry Birds theme, has gone live on the App Store. Taking the aggrieved avians underground for the first time, the update features rocks, gems, stalactites, and other subterranean paraphernalia.

The gameplay is true to the world-conquering formula: using a catapult, you launch birds that do different things when you tap them mid-flight at green pigs sheltering in more or less pathetic self-made fortresses.

Some sites are reporting that the Mine and Dine Angry Birds update will be followed by a wholly separate Angry Birds game called Wine and Dine, in which the pigs play a starring role. Rovio has confirmed to Pocket Gamer that this is nonsense: there is no Wine and Dine. 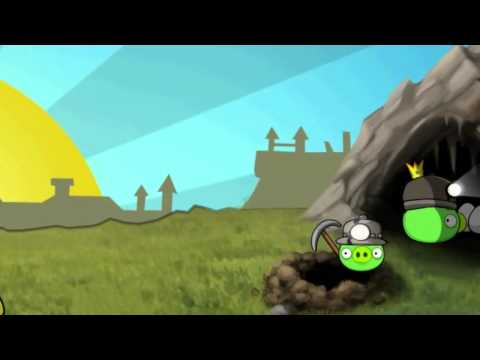 Subscribe to Pocket Gamer on
Next Up :
Valiant Force 2, the sequel to the hit 2016 strategy RPG gacha, opens up pre-registration for Play Store users