Rovio has brought back Angry Birds Slingshot Stories, the official webseries based on the popular mobile games, on its YouTube channel. The new season is premiering an episode each week on the channel.

If you don’t know what it is, Angry Birds Slingshot Stories is a webseries that shows the lives of iconic Angry Birds characters behind the scenes. Co-produced between Rovio and India-located animation studio Cosmos-Maya, Season 2 will overall feature 30 episodes with this premise.

“We pitched the idea to Rovio to create the second season of the Angry Birds Slingshot Stories,” said Cosmos-Maya’s Anish Mehta when the new season was announced last week. “The versatile episodes of the series, as well as good communication and support throughout the production made it a great working experience for our studio and allowed our CG animators and artists to raise the benchmark of quality from the previous season.” 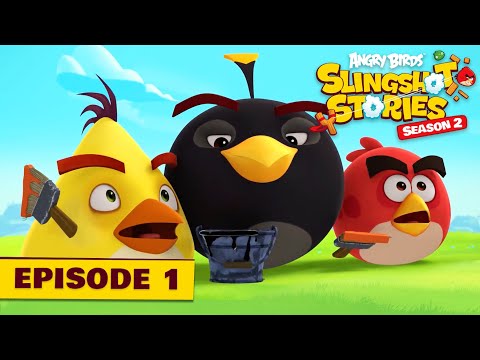 The first season of Angry Birds Slingshot Stories launched with only ten episodes, and so Rovio decided to commission three times as many for Season 2. The series has now reached a total of 22 million views to date.

“The first season of Angry Birds Slingshot Stories has been very successful in terms of views and watchtime so naturally we wanted to create more episodes for our fans,” said Hanna Valkeapää-Nokkala from Rovio. “Season two promises some funny moments and references that long-time Angry Birds fans will pick up, but the series is full of fun and lighthearted humor that anyone can enjoy.”

Angry Birds Slingshot Stories is now showing on the Rovio YouTube channel. You can watch the first episode of Season 2 above, or check out the rest of the videos on the channel itself.

If you enjoy playing mobile games and want to find more great free ones to play on your phone, be sure to read our big list of some of the best right here.
Next Up :
Ninja Must Die is an upcoming combat-focused action runner with stylish ink-based visuals, now open for pre-registration