Flapping down in March

If over 50 million downloads of the original game and its seasonal offshoot weren't enough, there's going to be a brand new Angry Birds game released in March.

Angry Birds Rio takes the demolition physics gameplay of the original and mixes it up with characters and themes from Fox's forthcoming animated movie Rio.

Rovio says the background to the game is that the Angry Birds have been kidnapped and taken to the Brazilian city of Rio, where they escape their captors and set out to save their friends, Blu and Jewel - two rare macaws and the stars of the film.

Presumably this means we'll be fighting a different enemy to those dastardly pigs. You can gain some idea of the set up in the teaser trailer below.

As for other details, the game will be released on smartphones and tablets, so we're assuming iPhone, iPad, Android phones and tablets, and likely Nokia phones via the Ovi Store. Maybe even Windows Phone 7 will get its first taste of Angry Birds?

There's no mention of price however. Certainly it will interesting to see whether the game will be a paid Android download or continue the free with ads approach Rovio has used to-date.

Rovio also says the game will launch with 45 levels and be regularly updated with new levels. 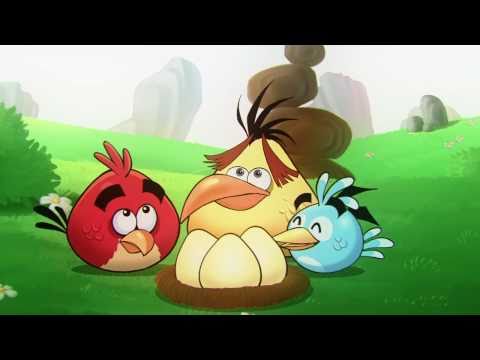