Rovio has just released a new update for Angry Birds Rio, which adds 36 additional levels to the iOS and Android game.

This time out, the Rio's marketplace has been invaded by a group of cheeky marmosets, who are running amok and causing all manner of mischief.

As always, it's up to the everyone's favourite feathery flock to put these pesky primates in their place. This means you're going to be twanging birds through fruit crates and off stalls to whack some sense into these grinning creatures. 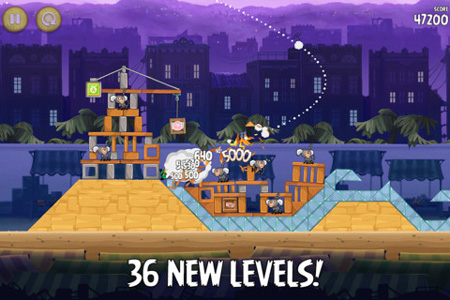 As you progress through Angry Birds Rio's Market Mayhem episode, you'll want to collect all the hidden fruit you can find. Gather enough, and you will unlock a bonus level.

Once you've worked your way through the campaign, you'll have to square off against the Marmoset King, in a battle that's sure to send fur - and feathers - flying.

You can download the Market Mayhem episode for Angry Birds Rio on iOS and Android now.