Angry Birds Journey is an offline puzzler. You have to fling birds with the help of a slingshot, blast blocks, and topple the piggies as you adventure through the world. The aim is to rescue the hatchlings and to do that you need to solve the puzzles and do so quickly before the pigs find them.

The gameplay from the official trailer and screenshots shows that it will feature straightforward mechanics and decent graphics. Like any other Angry Birds game, it's filled with colour, cartoonish characters, and excellent background music. There will be over 100 levels to complete alongside collecting coins and rewards. As you progress, you will visit many exotic locations and unravel the story of Egg Wonders. 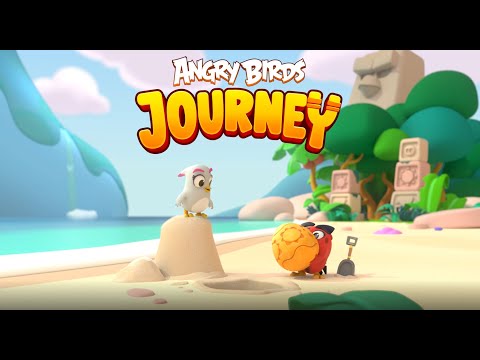 Rovio Entertainment has announced that Angry Birds Journey will be released worldwide in early 2022. They have also started taking pre-registration for it. Android users can pre-register on Google Play, while iOS users can head to the game's official website to pre-order.

The @AngryBirds' first slingshot game in seven years is coming soon to an Appstore near you! We’re excited to announce that the ultra-accessible bird-flinging game Angry Birds Journey is coming to app stores in early 2022!?
Pre-register now: https://t.co/j22eqkdNIR pic.twitter.com/t4Uehia2kO — Rovio (@Rovio) December 9, 2021

Angry Birds Journey was soft-launched in the USA, Finland, Sweden, Denmark, Canada, and Poland earlier this year and it received positive reviews. It currently sits at a rating of 4.7 on the App Store and 4.6 on Google Play.

I am personally super excited for Angry Birds Journey’s global launch. Unfortunately, the developers haven't announced the exact launch date, but they said it's coming in early 2022, so it shouldn't be long.

Also, check out our list of the Top 25 best puzzle games for iPhone and iPad (iOS).
Next Up :
Gunship Battle: Total Warfare celebrates third anniversary with in-game events and epic new Aircraft Carrier

Angry Birds Journey is now available for iOS and Android in the USA, Finland, Sweden, Denmark, Canada, and Poland