Hatch, the cloud gaming service designed for mobiles, launched last year in the UK and now they're bringing Angry Birds Go! Turbo Edition exclusively to their app. This makes it the second Hatch Original after Arkanoid Rising. It's available now but you will need to have the Hatch app to play it.

Angry Birds Go! Turbo Edition is a reworking of an existing game, as you've probably guessed from the name. The original Angry Birds Go! launched in 2013. It was a kart racer spin-off to the popular bird flinging franchise, which we thought was a tad underwhelming.

This new version offers real-time multiplayer against four other players. The original didn't add multiplayer until a few years after launch and this was team-based 3v3 races or local multiplayer. Turbo Edition is also free-to-play will also have no in-app purchases, something that marred the original. 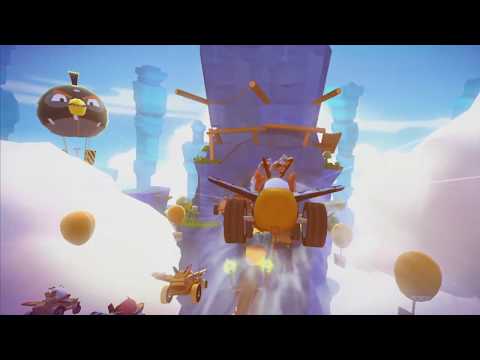 It will also bring leaderboards where there will be prizes on offer for those who top them. It'll introduce new characters overtime to keep the content fresh and players will also be able to upgrade their karts by completing various in-game challenges.

To be able to play the Turbo Edition you will need to have 5G, though it will also work on Wi-Fi and 4G under good network conditions. Once you have the Hatch app downloaded then you will be able to find Angry Birds Go! Turbo Edition in there.

The Hatch app is currently available on Google Play for free but you will only have access to 20 games and have ads popping up. Even though the site says you must be a premium Hatch member to play their Original games, that currently doesn't appear to be the case. Premium memberships are £6.99 per month and remove adds and allow access to a bigger library of games.

Check out our news section to discover the latest, and greatest, games.
Next Up :
Teacup lets you help an introverted frog host a tea party, coming to iOS and Android on August 18th

Tales of Grimm gift codes - get your diamonds, gold and promotions stones (August 2022)