Angry Birds Friends collaborates with The Smurfs for new event

Rovio has announced a massive event by collaborating with the super hit movie, The Smurfs. During the event, fans of the movie and the game will play the characters they love. So, get ready to fling The Smurfs along with your favourite Angry Birds characters.

For those who are unfamiliar, the Smurfs is a 3D animated comedy film based on the original comic of the same name. The story revolves around the evil Wizard Gargamel who chases the Smurfs before they suddenly fall out of the magical realm and land in New York City.

The event is underway now and will run until the 2nd of May. During the event, Gargamel has successfully carried out his devious plans and managed to capture some of the Smurfs with the help of piggies. With the help of the Angry Birds, you'll set out to rescue them. 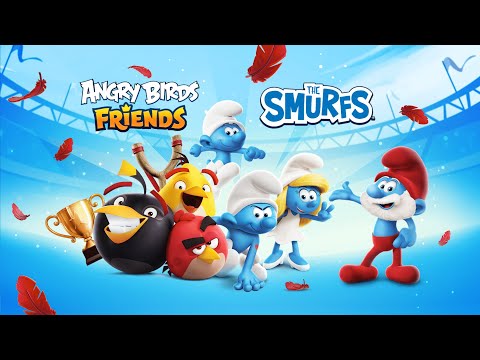 To make things more interesting, go ahead and challenge your friends. The challenge will be in three rounds featuring Smurf-themed Angry Birds Friends. Along with a new tournament starting now.

Players competing in the tournament will have to face a total of eight rounds. Each round contains eight new levels of bird-flinging, smurf-saving for a total of 24 new levels. Along with that, players get to immerse themselves in the new Smurf-themed backgrounds, with addictive music and iconic smurf characters from the original series.

“I am very happy with this beautiful partnership, I have always adored Angry Birds, and the idea of making them play with our pretty smurfs enchants me. I’m sure it will appeal to all of the respective fans as well,” said Véronique Culliford (President, founder of IMPS, and daughter of Smurfs creator, Peyo).

Angry Birds Friends is now available on Google Play and App Store. It is a free-to-play game with in-app purchases.

Check out our list of the best free games to play on mobile this year.
Next Up :
Harry Potter: Puzzles & Spells welcomes the Yule Ball with special rewards and an unlockable Epic Yeti

Angry Birds Friends is being turned off for Earth Hour tomorrow