WonderPlanet Inc. is currently finishing development for the next instalment of its ALICE Network universe, a gacha Panel Smash RPG for mobile called Alice Fiction. We were fortunate enough to test the game ahead of its global release (which is set to land in the coming weeks) and after playing it for a few days, we absolutely cannot wait for the completed product.

On the title screen, the first thing to jump out at you is just how good the soundtrack is. As you venture through the game, you could easily find yourself idling for long stretches of time in the menus, during battles, or even the main title screen, just to enjoy its high-tempo soundtrack. But then of course, you’d be missing out on Alice Fiction’s imaginative storyline. 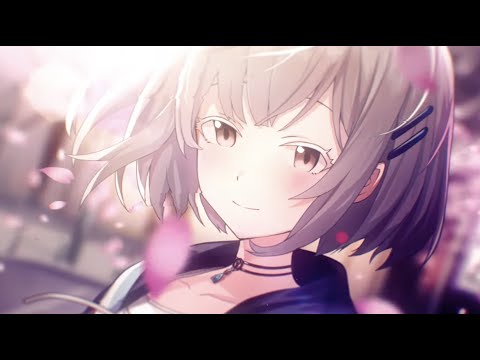 Set in the virtual world of ALICE run by an AI known as The Queen, reality could all but be left behind in favour of a digital utopia. By creating Avatars based on the player's memories and attributes, anyone can attend school, hold meetings and earn a living in the Metaverse of ALICE. As you might expect, this apparent utopia is not without its flaws as our lead protagonist discovers when they’re mistakenly flagged as a virus by the Queen and has their memory erased as a result.

Left completely lost, our protagonist receives an olive branch of hope when they encounter a young girl who claims to be their sister, only to see her promptly attacked and taken by a monster created from corrupted data. With the help of a young lady named Neu, the protagonist defeats the monster after wielding a watch called the Chronograph that summons Folklore to do battle with.

We won’t spoil the story any further, but suffice it to say you’ll be completely captivated by its intricate twists and turns, taking you on a journey where you’ll join a secret organisation to rid the world of monsters, and uncover what is going wrong with the ruling AI that is starting to go rogue.

The gameplay is incredibly fast-paced and captivating. During the attack phase, panels will appear on the bottom of the screen along with a timer, with the aim being to break as many of them as possible to deal more damage. If you break three of the same adjacent colours, a skill panel will appear, which when broken allows the character to unleash a devastating Crash Skill. The board carries over to the next turn, so every attack phase is a mixture of planning your next move and trying to dole out as much damage as possible against the clock. All in all, it’s a pretty unique and fun system and one that we haven’t encountered before in any other gacha RPG.

A huge roster of characters

Being a gacha game at heart, there is a huge list of fascinating characters available to collect. WonderPlanet has done a lot of research and created characters based on stories all over the world and throughout history. There is Archimedes the famous scholar, Hippocrates the father of medicine, Joan of Arc, and a lot more. The developers have also taken a bit of artistic licence and changed the looks of a few of these, the most entertaining of which for us was Surtr, the legendary fire giant from Norse Mythology, who is now a small girl with a huge sword.

With a lot of other gacha games, one of the annoying inherent features is the need to constantly pull to get the rarest characters to be strong enough for endgame content. Thankfully, Alice Fiction does it differently, and allows any character, no matter which rarity level they start at, to be upgraded to 5 stars.

This makes it so that any desired team can be viable to play with some effort, and the materials to upgrade rarity can be obtained by trading in medals awarded for pulling duplicate characters, or by grinding hard mode quests three times a day. Being able to build a top tier team without having to spend any money is obviously welcome, however it does lead onto a little bugbear.

Whilst it’s entirely possible to not spend any money, the game will remind you every single time you go to the main navigation menu that there are things to purchase with a pop up ad listing every offer you haven't bought yet. One reminder per login is expected for gacha games, but every single time you want to navigate to a different menu is a bit tedious.

Alice Fiction does not have a concrete release date yet, but you can preorder on the App Store and Google Play, something we'd highly recommend doing so you don't miss out.

What's A Preferred Partner Feature?
From time to time Steel Media offers companies and organisations the opportunity to partner with us on specially commissioned articles on subjects we think are of interest to our readers. For more information about how we work with commercial partners, please read our Sponsorship Editorial Independence Policy.
If you're interested in becoming a Preferred Partner please click here.
Next Up :
TapTap Presents: What to expect from the fun-filled mobile gaming showcase