Sandbox Interactive has announced an exciting update for Albion Online, its popular sandbox MMORPG. Landing on iOS and Android devices across the globe today, the "Into the Fray" update lets players dive into a new Arena mode, take part in dynamic events daily, experience an overhaul for staffs and so much more.

In particular, Albion Online's Fire, Holy, Nature, and Cursed Staffs will undergo some major changes that include new animations, fresh VFX and audio, plus new spells for players to tinker around with. Arcane and Frost Staffs will also get the same treatment. 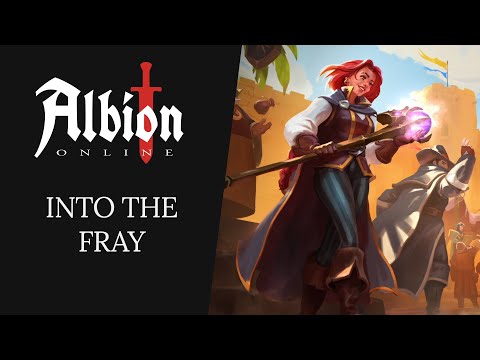 Meanwhile, the new Arena mode will use Crystal League match rules, and an additional non-lethal Crystal League has been added alongside the existing one. These changes will give players the opportunity to join in on the fun without having to fuss about prohibitively high gear costs in the lethal version of the League.

Victory Emotes are vanity spells that are automatically triggered by PvP kills, allowing players to celebrate their victories with a visual flourish. The first Victory Emotes, along with other unique collectibles, will be available via new Twitch Drops, which players can get by watching a wide range of Albion Content Creators.

You can discover more about the latest patch in the official dev blog. And if you're eager to give the new updates a go yourself, you can download Albion Online on the iOS App Store and the Google Play Store as a free-to-play game with in-app purchases.

What's A Preferred Partner Feature?
From time to time Steel Media offers companies and organisations the opportunity to partner with us on specially commissioned articles on subjects we think are of interest to our readers. For more information about how we work with commercial partners, please read our Sponsorship Editorial Independence Policy.
If you're interested in becoming a Preferred Partner please click here.
Next Up :
Void-X lets you attempt to survive bullet hell environments in space, out now on iOS