Albion Online: What to expect from the fantasy sandbox MMORPG in 2022

Whether you fancy gearing up as a bulky tank or a DPS powerhouse, Sandbox Interactive's Albion Online lets you be whatever you want to be. With its unique, classless "you are what you wear" system and no enforced questlines, the game offers players all over the world a true hardcore sandbox experience. 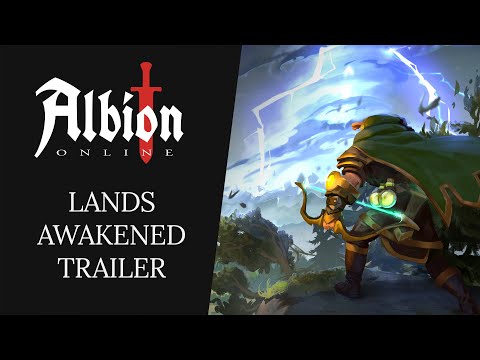 By constantly updating its content and regularly adding quality-of-life improvements, the game has been keeping things fresh for players since its launch in 2017. Here we take a quick look at what Albion brought to players in 2021, and preview some exciting developments coming in 2022.

Platform compatibility and content expansions aside, the free-to-play game has always evolved and improved its content to cater to the needs and wants of its eager fanbase. The cross-platform title offers an accessible, flexible gameplay experience as players can switch between PC and mobile with a seamless and innovative control scheme.

Other QOL updates in the past have included the option to buy loadouts straight from the marketplace, customizable guild roles and chest access rights, streamlined farming of crops and animals, improved feedback when crafting, refining, and rerolling, numerous customization options for characters and mounts, and more.

A core part of the game is the dynamic economy where weapons and equipment are crafted by the players themselves. Users can customise their own character paths with their choice of equipment, letting everyone enjoy that refreshing flexibility to suit varying playstyles and strategies.

When the Call to Arms update dropped in March 2021, players were able to immerse themselves in a revamped Faction Warfare that breathed new life into small and medium-scale PvP while introducing the new Carleon Faction. A few months later, the full mobile launch expanded the game's cross-platform flexibility.

With daily active users going over the 270,000 mark, Albion Online boasted a thriving community filled with players both new and old across the globe. The game ended 2021 with a bang as the Lands Awakened update revitalised Albion's biomes with stunning visual improvements. The addition of the brawler-style War Gloves weapon line and new guild warfare mechanics offered numerous gameplay options to keep the entire player base deeply engaged.

This year, Albion Online aims to keep its Guild Warfare fresh and exciting, with smaller guilds empowered by the Lands Awakened update. Territories in the Outlands are more competitive than ever, keeping guilds of all sizes on their toes.

Those that enjoy the tighter gameplay of playing in smaller groups will be pleased to hear that The Roads of Avalon maps are set to be updated with more rewards, content, and optimisation for small group play. And, for those who prefer to go it alone, there will be a new solo-player Road. This can be accessed via mist-shrouded portals that will allow players to explore new regions without the risk of ambush from groups of enemies.

There will also be an overhaul of the existing Magic Staff weapon line, with new weapons and spells added, improved designs and vfx, and a rework to their current spells. This will breathe new life into this weapon line, further diversifying the range of combat styles that players can employ.

Albion Online will remain a dynamic and ever-evolving game, and further expanded playability options are coming with controller support. This includes availability on the new Steam Deck, opening the MMORPG's doors to even more players all over the world.

If you're keen on experiencing the freedom of Albion Online yourself, you can download the game on the iOS App Store and on the Google Play Store for Android devices. It's a free-to-play game with in-app purchases.

What's A Preferred Partner Feature?
From time to time Steel Media offers companies and organisations the opportunity to partner with us on specially commissioned articles on subjects we think are of interest to our readers. For more information about how we work with commercial partners, please read our Sponsorship Editorial Independence Policy.
If you're interested in becoming a Preferred Partner please click here.
Next Up :
5 new mobile games to try this week - April 7, 2022