Sandbox Interactive has officially announced an exciting new update for Albion Online, the studio's fantasy sandbox MMORPG. Titled Beyond the Veil, the major content update opens up breathtaking new lands for players to discover. In particular, the new realm of the Mists lets both solo travellers and duo adventurers enjoy plenty of PvP and PvE experiences in uncharted territory.

In Albion Online's latest update, players can expect to venture into new non-lethal and lethal areas in the Mists, as well as explore the new city of Brecilien. With no fixed location, the elusive city will only reveal itself to the most worthy adventurers who stumble upon it, and will offer new mystical creatures, fresh artifacts and more. These goodies can then be crafted into Fey Armor. 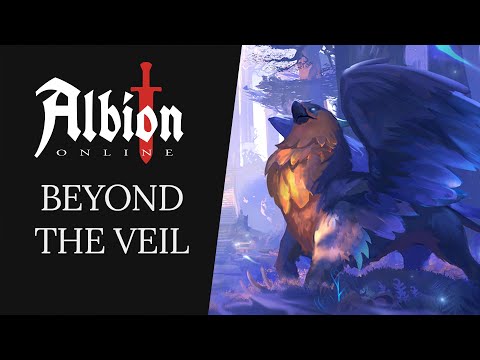 A rework to the Roads of Avalon will also be available in the latest update. Players can declare certain Hideouts in the Roads as their Headquarters. Plus, the Roads offer Power Cores, revamped mobs, treasures, Crystal Spiders and so much more.

And for mobile users, this update brings improvements to targeting of attacks and healing spells, easier-to-read spell tooltips, and an improved and expanded Party UI, along with other optimizations. If you're curious to experience the many Quality-of-Life improvements yourself, you can download Albion Online on the iOS App Store and on the Google Play Store for Android devices. It's a free-to-play game with in-app purchases. You can also visit the official website for more info.

What's A Preferred Partner Feature?
From time to time Steel Media offers companies and organisations the opportunity to partner with us on specially commissioned articles on subjects we think are of interest to our readers. For more information about how we work with commercial partners, please read our Sponsorship Editorial Independence Policy.
If you're interested in becoming a Preferred Partner please click here.
Next Up :
Black Clover M: Rise of the Wizard King, the latest mobile adaptation of the popular anime series, breaks onto the scene with an action-packed trailer