A couple of weeks ago, Yostar revealed the concept trailer for its upcoming mobile game Aether Gazer, which outlined the premise of the anime-styled mobile action RPG and its various locations. Pre-registrations for the game began as well with a load of goodies for reaching various milestones. Today, the developers have announced another way for eager fans who want to play Aether Gazer before the official launch – a closed beta test. 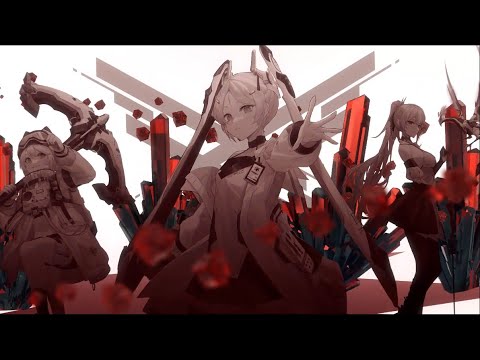 Aether Gazer’s CBT will be launching soon on Android devices in North America, Europe, Japan, and SEA. Yostar will allow playtesting of the game’s first five chapters from the main storyline alongside other gameplay modes that posit unique challenges such as Dimensional Variables, Causality Survey, Recurring Dream, and more. In addition to this, the Sigil Stages and Supplies Acquisition Stages will both be open for everyone. Furthermore, the CBT is set to introduce players to 20 new characters like Asura, Kuninotokotachi, Verthandi, and more.

During the test, in-app purchases will not be active so all registered players will receive daily regular and daily special supplies. Here is a list of everything that will be made available:

The first three are regular supplies that are followed by the special ones that will unlock daily from September 20th onwards.

Registration for Aether Gazer’s CBT can be done via the official website, with the registrations remaining open until August 31st. Not everyone will get a chance to try the game out in the first round of testing as only 5,000 players will be selected at random.

If you’re willing to wait, then why not pre-register for Aether Gazer now?

Until then, also check out this list of the best JRPGs to play on mobile!
Next Up :
Call of Dragons is an upcoming MMOSLG where you command dragons in strategic combat, now open for pre-registration on Android