Ace Force, Tencent's Overwatch-like hero shooter, is set to launch for iOS and Android devices on August 13th. It’s headed to China first, with a western release hopefully not too far off. I suppose Tencent doing what Blizzard won’t – bringing Overwatch to mobile – was inevitable. Obviously Ace Force isn’t quite Overwatch, but it looks like the closest we’re gonna get for now.

A recent trailer has shed some more light on how the game plays, what the characters’ skills are like, and how similar it actually is to Overwatch.

Tencent will launch its new mobile game called 'Ace Force' on August 13th in China. The game is a hero shooter. (Basically what if Overwatch was on mobile). pic.twitter.com/PWbRwBbL3e — Daniel Ahmad (@ZhugeEX) July 29, 2019

While the weapons and characters don’t look too much like Overwatch’s, the similarities in its map design are undeniable. From the look of the maps to the structures dotted throughout, Tencent isn’t being at all subtle with its cribbing of ideas from Blizzard’s megahit. That’s fine – we’ve seen many worse mobile rip-offs over the years – but it’s nevertheless striking.

The guns, while colourful, look a lot less cartoonish than Overwatch’s. In the trailer, we see a few assault rifles, a devastating rocket launcher, a punchy shotgun, shurikens, pistols, and even a flamethrower. 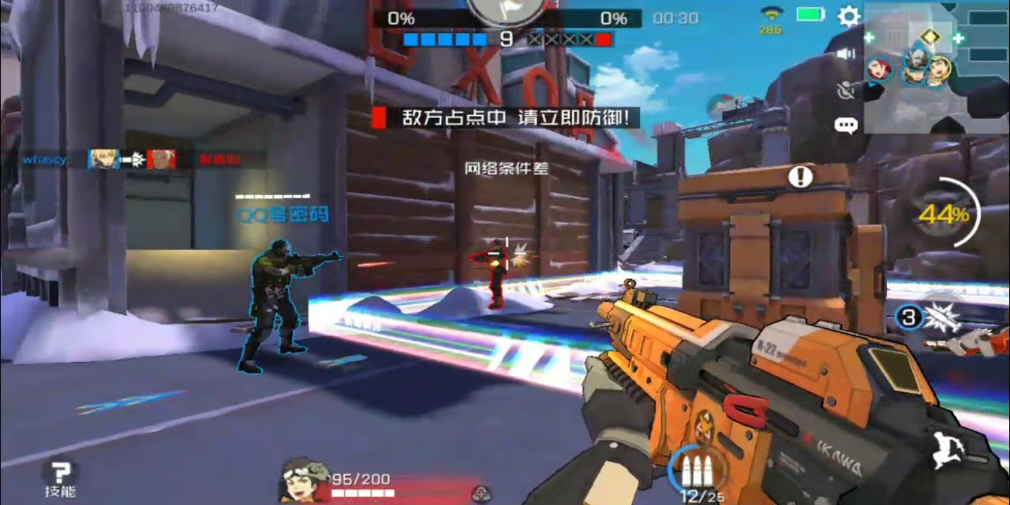 Where Tencent appears to be trying to set Ace Force apart is in its game modes. The highlighted modes on offer include King of the Hill, Team Deathmatch, Invasion, and – of course – Barking Royale. Yes, you read that right, Ace Force’s take on battle royale throws dogs into the mix. Quite how or why is really anyone’s guess, but there ya go.

It’s set to launch on August 13th in China, with its western release to follow. As it’s a free-to-play title, you can expect IAPs aplenty, though hopefully they’re cosmetic only. It doesn’t look too bad – something that shouldn’t be overly surprising given Tencent’s work on PUBG Mobile and Call of Duty Mobile. I’ve long since stopped playing Overwatch, so maybe this’ll be the one to get me back into hero shooters.

Check out our news section to discover the latest, and greatest, games.
Next Up :
Eve Echoes is joining hands with Project Discovery to aid real-life scientific research