Fireblade Software and PID Games have announced the upcoming launch of Abandon Ship, letting mobile players join in on the fun after the game's successful run on PC in 2019. Eager fans can now pre-register for the pirate-themed strategy adventure title on the iOS App Store and on the Google Play Store.

In Abandon Ship, players take command of an "Age of Sail" ship to go exploring across varied landscapes. As you take your ship and your crew with you, you'll have to duke it out with enemy vessels and battle ferocious sea monsters along the way. You'll have to unleash your inner tactician as you bombard your foes from a safe distance or board their ship for a more direct attack.

Additionally, as you battle the tides and the monsters that lurk beneath the murky waters, you'll also have to combat Mother Nature. Environmental conditions can be a bane or a boon when you're in the heat of battle, as everything from lightning strikes to blizzards can disrupt your hard-planned strategies. 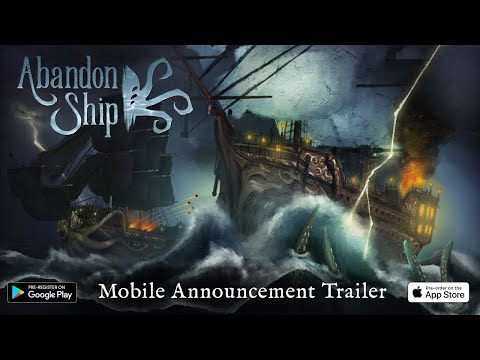 The game also features visuals inspired by classic Naval Oil Paintings, as well as customisable ships you can tinker around with. Dozens of weapons can be upgraded along with different vessels to add to your collection. Whether you're navigating volcano-filled seas or traveling the treacherous waters of frozen islands, there's plenty of piracy to be had and narratives to discover.

If you're curious about the game, you can now pre-order Abandon Ship on the Google Play Store for Android devices and on the iOS App Store. You can also have a look at the embedded clip above to get a feel of the game.

Next Up :
Golden Bros will soon enter Early Access on April 28th, with presales upcoming to hype up the launch

Abandon Ship, an action-adventure game that lets you become a pirate, is out now on Android and iOS

Abandon Ship is coming to mobile on June 14th, with pre-orders now open on the app stores