Netmarble's A3: STILL ALIVE is adding new Soul Linkers in its latest update. The popular dark fantasy franchise will also add new dungeons, a gameplay mode expansion, and enhanced bosses to give players more reasons to dive into the open-world mobile RPG.

A3: STILL ALIVE welcomes three new Soul Linkers: Lena, Tallas and Herdis. Honorable Paladin Captain Lena is a SUPP type unit that can buff up Penetration and Evasion, while Runic Protector Tallas is a DEF type Soul Linker who specializes in boosting Ally HP and DEF (plus debuffs the Movement Speed of opponents). Meanwhile, Immortal Queen Herdis is an ATK type Soul Linker whose Ultimate can negate damage. She can also reduce Skill Cooldown Times, which you can take a little peek at in the embedded teaser trailer below. 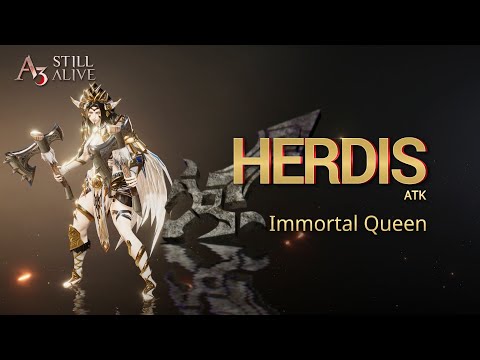 The new update has also increased the maximum number of equippable Mythical Soul Linkers from three to five. The Dark Lighthouse now has 108 floors, and the Sanctuary level is now up to 100.

On the other hand, the Immortal 7-day mission pass lets players earn three Immortal Pick Up Soul Stars, which can provide rewards such as the Legendary Grade of the three new Soul Linkers. Gold, two Experience Soul Stars, and Feather of Protection are also up for grabs.

Along with the Diamond Boss Exchange Store and other perks in the Dark Lighthouse, tons of other in-game festivities are underway. If you're eager to join in on all the fun, you can download A3: STILL ALIVE on the iOS App Store and on the Google Play Store for Android devices. It's a free-to-play game with in-app purchases.

Are you eager to get your hands on more open-world titles where you can explore to your heart's content? Check out our list of the top 15 best open-world games for Android phones and tablets!