Tetsuya Mizuguchi has unveiled his next game, and it's perhaps not what you would expect from the creator of Rez and Child of Eden. 18 is a puzzle game, made exclusively for mobile.

It will apparently blend puzzle mechanics and battle RPG elements, and a story with dialogue options. The game will be released by Mobcast around the world, sometime this year.

The company has already started taking early registrations in Japan.

Tetsuya Mizuguchi is also working with Mobcast on a new version of Lumines for mobile. But what I think the world needs right now is a remake of Rez for iPad. Am I right? 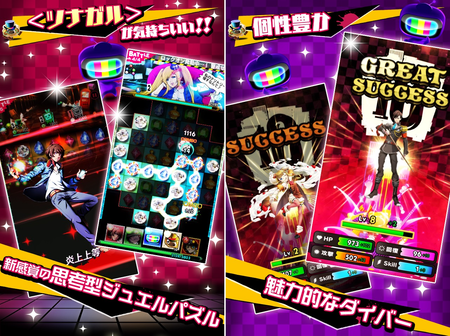 We'll let you know when you can play 18 in English.

Serkantoto, NeoGAF
Next Up :
Arena of Valor launches first major update of 2022 with a new character, game mode and more