It's fair to say that Zombies!!!'s initial release went a little under the radar.

You see, Babaroga's digital adaptation of the popular Twilight Creations boardgame came out in early 2011 on Windows Phone 7, limiting its potential audience to the 12 people who had Windows Phone 7 handsets.

As for the game itself, we handed it a Silver Award at review, describing it as "an interesting mixture of zombie slaying and tactical tile-placing, with great graphics and competitive gameplay". 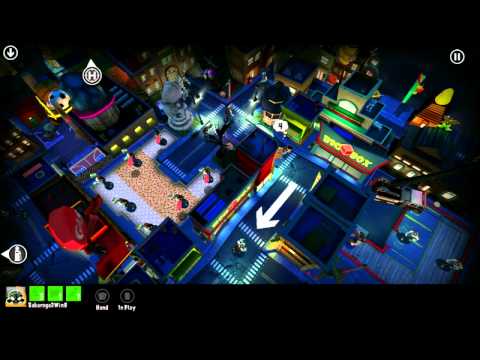 Then, we heard that Babaroga was planning to release Zombies!!! on iOS, Android, and Windows Phone 8 devices before the end of 2012.

It didn't, though. And that made us a bit sad.

Thankfully, however, this is one of those Hollywood stories with a happy ending. That's because a souped-up version of Zombies!!! has finally shuffled onto iOS.

In this multiplayer game, you play a survivor who has to make it through a zombie apocalypse. You need to roll dice, place tiles, and play cards in order to make sure you get safely to the chopper.

Obviously, the undead are going to try and stop you. Oh, and don't be surprised if your fellow players attempt to thwart your efforts, too. There is, after all, just the one seat on the poorly designed rescue helicopter.

No word yet on the Windows Phone 8 or Android version, but we'll keep you posted.

Pocket Tactics
Next Up :
Arknights has launched Season 10 of Contingecy Contract: Operation Arising