You had me at 'compass'

If so, Xseed Games has some great news for you: the latest installment Nihon Falcom's popular Ys series of JRPGs - Ys: Memories of Celceta – will receive a Silver Anniversary special edition release this holiday season in North America.

The standard Vita release of Ys: Memories of Celceta will cost $39.99, but for $20 more fans can upgrade to the Limited Edition version that features a 3-CD collection of original and arranged music spanning the entire history of the Ys franchise, a cloth map of Celceta, a compass emblazoned with the game's logo, and 'Adol's Travel Journal' - a combination artbook and strategy guide. 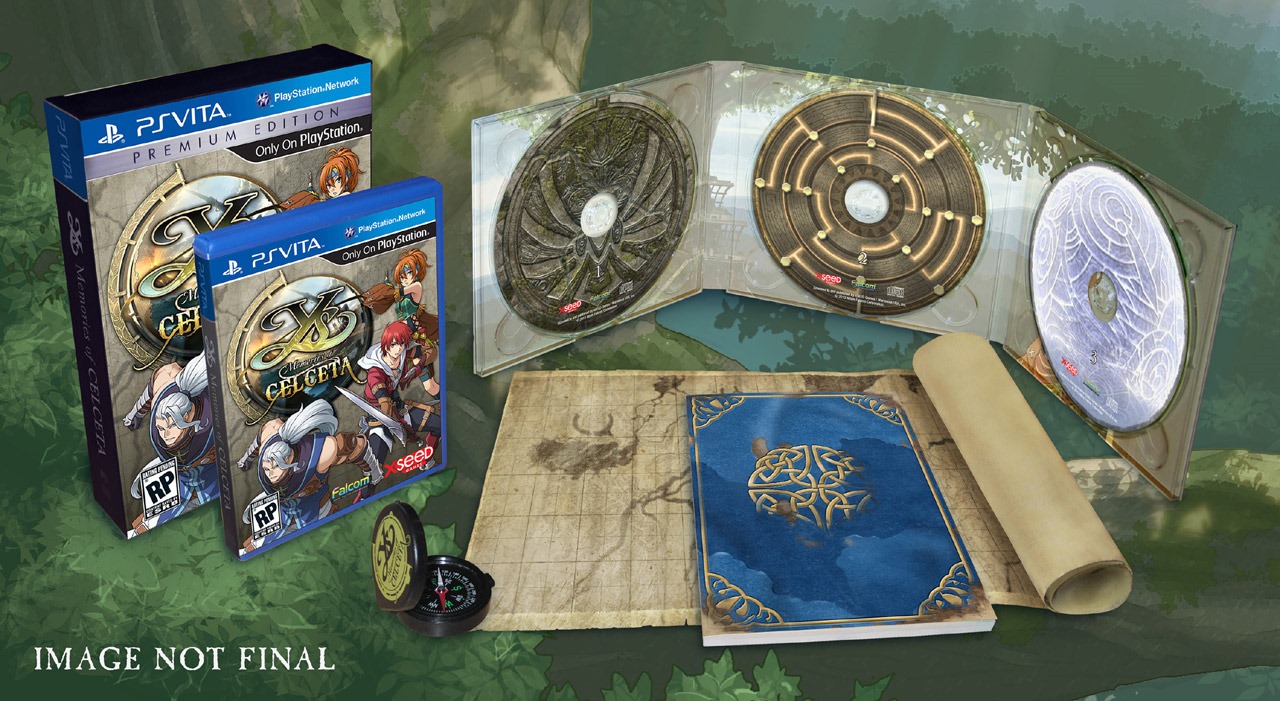 Ys: Memories of Celceta is an extensive reimagining of Ys IV, one of the few titles from the popular franchise that never made its way to the west.

Tapping on the rear of the Vita will allow players to issue commands to allies in combat, while the front touchscreen allows players to zoom the camera in and out whenever the mood strikes.

There's no hard release date for Ys: Memories of Celceta in North America past "later this holiday season", but we'll keep you updated when that changes. Similarly, we'll let you know as soon as we hear anything about a European release date.