You can play as a little raccoon!

Yokai Dungeon is a beautiful looking pixel art roguelike from Neutronized Games, the team who brought us the wonderful Super Cat Tales. Now they're back with a roguelike where you defeat enemies by pushing various items onto or near them such as blocks or bombs. It looks very cute.

As the name implies Yokai Dungeon is inspired by Japanese Folklore. You'll even start initially playing as a Tanuki, which is a Japanese raccoon. So that means you'll be a raccoon facing off against an array of demons — including the best type of Yokai, a Kasa-obake, which are basically possessed umbrellas if you're not au fait with Yokai's, or haven't played Nioh.

Roguelikes make for potentially perfect mobile games. They normally consist of short playthroughs which makes them perfect for the commute and the level and item randomisation mean that it'll be different every time you play. Yokai Dungeon looks to be no different with a wide array of items that can be seen in the trailer below. 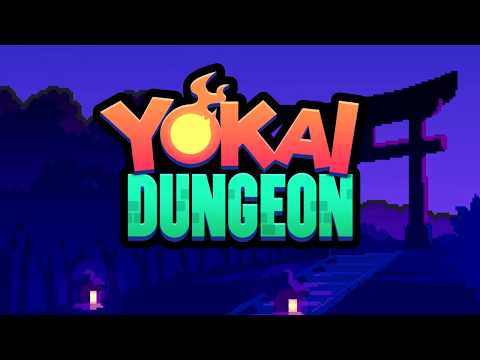 In keeping with most modern roguelikes, Yokai Dungeon also has additional characters besides Tanuki, boasting a total of twenty different heroes to be unlocked. They will all have their own stats, which based on the trailer appears to be health, speed and luck. It may not sound much but if you've played other roguelikes like the Binding of Isaac you'll know how important one extra heart can be.

It also promises multiple control schemes which are great to see. Being able to select from several control types is so useful given how varied people's opinions on different types of touch controls can be.

If pushing pots onto skeletons with a Tanuki appeals to you then the game is available now on Google Play. Yokai Dungeon is also slated to be out on iOS on August 8th but it's currently not listed on the App Store.

Check out our news section to discover the latest, and greatest, games.
Next Up :
Zen Pinball Party lets players experience The Empire Strikes Back and The Clone Wars with new Star Wars tables