Simon Flesser is one half of Simogo, the Swedish studio responsible for Beat Sneak Bandit and Bumpy Road, and one of the most exciting indie developers on iOS.

His latest project, developed along with Magnus "Gordon" Gardebäck, is the eery and atmospheric vision quest Year Walk.

It's a game we called "ingenious, imaginative, and intriguing" in our review, and we promptly placed it alongside exalted company like The Room and Superbrothers: Sword & Sworcery.

I had the opportunity recently to chat to Flesser about Year Walk's development, being a boutique developer on the App Store, and that all-important music.

Here are the fruits of my interviewing labour...

Pocket Gamer: How did the idea for Year Walk begin? Where does all the folklore stem from and how did it become part of the game?

Simon Flesser: My friend Jonas Tarestad had written this short story script called Årsgång that he sent me to read. I thought it was a great, odd, and fascinating script, and it had a very game-like structure.

We almost jokingly started to talk about making a game out of it, and, in the end, that's just what we did.

We started to rework it to fit the game medium, and the result was quite different from the original story. But some key elements and the general framework were still intact.

Will this short story script become available at any stage for those wanting to read it?

We really want to make it available at some point, but we're not sure how.

It's written in Swedish, so it would have to be translated first. We have talked about doing some kind of collection or compilation, including things like the script and making-of material, but we don't have any concrete plans yet.

At the moment, we're focusing on the next game.

How long did the game take to create in total?

The game took about ten months to make, but it's all a bit fuzzy because we've been working on it off and on in our spare time while doing some other projects. 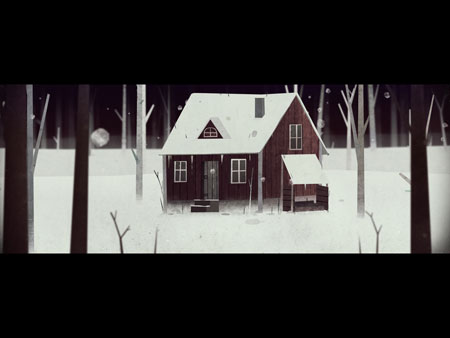 The game is known to require some outside-of-the-box thinking. Without giving anything away, in what ways did you approach sections of the game that required multi-touching and other physical movements from the player?

At the concept stage, the game was a lot less puzzle focused. In the end, though, our game-loving selves just couldn't resist putting in a few cryptic puzzles.

We're fans of outside-of-the-box thinking, and personally love these kinds of "ohhhh!" moments in games.

Figuring out how to actually interact with different things and puzzles was our main focus, so that's why we wanted to come up with some unexpected, but natural, interactions.

Who has inspired you in this way of thinking?

I think CiNG, who, sadly, no longer exists, was really great at these kinds of puzzles. There's a brilliant one in Another Code for DS in which you have to adjust the upper screen to make it physically reflect in the lower one and create an image. I think that kind of thinking is mind blowing.

There are some equally great puzzles in the sequel - one that involves the home button of the Wii controller is especially great.

With positive reviews all round, there is the sense that Year Walk has 'proven' that it's possible to make a truly original game on iOS. How has this made you feel?

It's very encouraging to see that it has had such a major impact on a lot of people, and that the public will accept more unconventional things like Year Walk.

This gives us the confidence to make more experimental experiences. 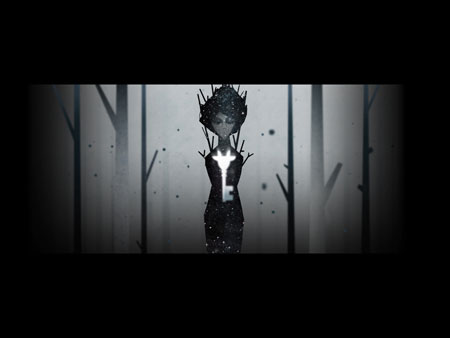 Glad to hear it. Tell us about the approach to the music of the game. Not only does it form an integral part of the gaming experience, but it also definitely adds to the scare factor. How much time went into the soundtrack?

This is the first Simogo game for which I haven't made the music. I did, however, do the sound design, sound effects, and that kind of thing. Daniel Olsén, an old friend and colleague, composed the music.

We had talked for quite a while about doing something together, and Year Walk seemed to fit the bill. We worked a lot to get the feeling right, and I think Daniel has really achieved something very special, using inspiration from Swedish folk music.

I also want to mention Jonathan Eng's contribution. We've worked with Jonathan before - he created some very lovely tunes for our trailers, and played guitar on the song that closes Beat Sneak Bandit. We asked Jonathan to make a credits song for this project, and the result is quite marvellous.

Many people who play the game and recommend it insist that headphones must be used. Are you aware of this?

It's nice to hear that so many people tell one another to play with headphones.

We're not too keen on being in your face in how to play our games, so it's good to see that a lot of people play it in the way we intended anyway.

We never say never. There could be more to explore in that universe, but the story of every individual in Year Walk is definitely finished. 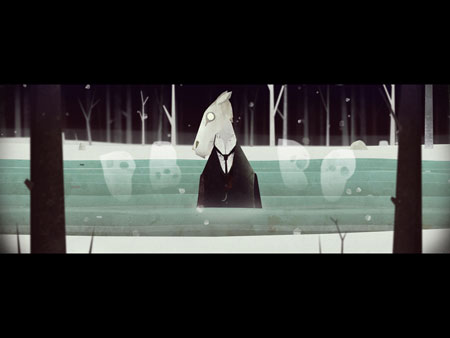 How does being part of a two-man company affect the timescales you work to and the production of your work?

Gordon and I design and come up with concepts for most of the things together. I handle the art, sound, and general tone bit, while Gordon programs everything.

Being only two people definitely puts some limits on what we can do, but I also think that is one of our strengths. There's a lot of freedom, for one. Also, because our games are self-funded, we can easily change direction or pivot without any of the corporate hassle that you have to go through at bigger companies.

Most importantly, you can feel our personal touch in our games. That's very important to us.

Which games companies do you admire?

I am a big Nintendo fan. Its attention to detail and the way it can make a simple button press feel so amazing are admirable. I'm also a great fan of how Nintendo has innovated so much through the years.

Other than that, we try to stay clear of inspiration from other games and games companies. I think that's a huge problem for games as an art form, in general - the way game creators are mostly inspired by other games and Hollywood blockbusters, I mean.

How do you see mobile gaming progressing?

I have no clue as to what happens next in the world of portable gaming. I feel that we are in the middle of an evolution or perhaps even a revolution in many ways.

The fact that boutique studios like us are able to create and distribute things a lot easier than we could five years ago is brilliant, of course. And hugely exciting.

Can we finish up with some advice for aspiring games developers out there?

Be brave, unique, and innovate. Don't let anyone tell you that your ideas are too far out.

You can contact me (Stephen Cox) and keep up to date with the goings-on in my life by following me on Twitter.
Next Up :
Heroes of Crown: What to expect from Woobest Game's 3D idle RPG

A rewarding journey: The making of Year Walk