Yeager is an upcoming action-packed RPG where players hunt monsters across a vast alien land. The 3D action title on mobile features a dynamic combat system and a wide variety of monsters to beat, and it's now on its 4th beta testing phase.

In Yeager, you play as an elite Vyderan hunter on a mission to recover a missing artifact. This sets you off on a journey across Planet Ekors, but beware - the road ahead is filled with ferocious beasts and alien dangers lurking in every corner. 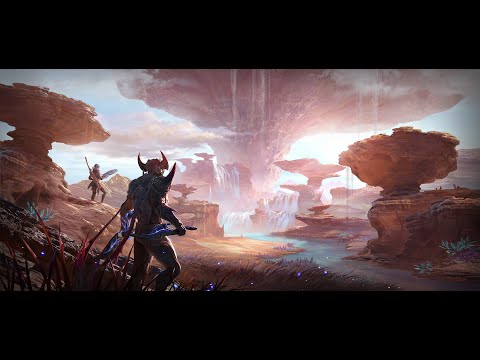 The game also features high-quality graphics with the following specs:

By joining the community of followers on Discord, you can participate in the beta test or score fan-exclusive rewards and other limited goodies.

If you're curious about the game and want to give it a go, you can take a little sneak peek at the embedded gameplay trailer above to see the breathtaking battles in action. From the footage above, it does seem like battles will be larger than life, and the animations look absolutely stunning. You can also join the community of followers over on the official Twitter page to stay updated on all the latest developments.

Are you on the hunt for more action-packed titles on your mobile device that'll keep your adrenaline levels at an all-time high? Why not take a gander at our list of the top 25 best action games for Android phones and tablets?