Whack and smash those werewolves

To the best of our knowledge, it has nothing to do with the Shakespearean actor famous for playing Sherlock Holmes, Basil Wraithborne.

Anyway, while Wraithborne is being developed by a team of industry veterans going by the name of Alpha Dog Games, it's just been picked up for publishing by Crescent Moon Games.

Crescent Moon Games, if you weren't aware, is responsible for publishing the likes of Slingshot Racing and Xbox hit Mutant Storm on Apple's platform, so it clearly knows its iOS onions.

Wraithborne appears to be a good old-fashioned hack 'n' slash (which the developer calls "Whack-and-Smash") game with orcs and skeletons and muscly barbarians. It's set in a dark fantasy world where magic reigns and humanity is on its knees.

Wraithborne is listed as "coming soon" to iPad and iPhone. If the idea of beating werewolves with a large hammer doesn't appeal to you yet, well, watching the following teaser trailer might just make you change your mind. 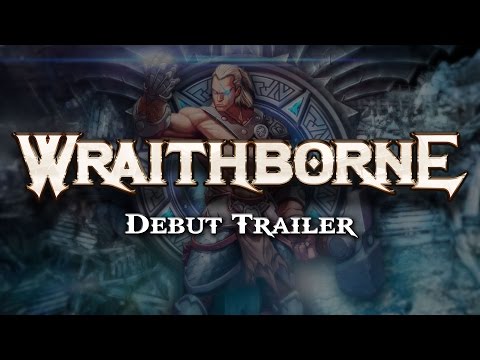 Subscribe to Pocket Gamer on
Next Up :
Black Desert Mobile adds a new class called Solaris alongside multiple events and rewards

Get your axe on

Some mythical creatures get whacked and smashed in Wraithborne for iOS