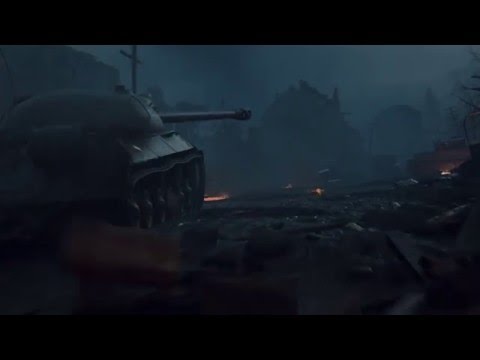 And now SHIELD Tablet owners can get a World of Tanks Blitz Premium Account free for 10 days if they sign in any time between May 10 and June 10. Premium Account perks include 50% bonus XP per battle, 50% bonus credits earned in battle and a redesigned in-game garage.

World of Tanks Blitz features a roster of over 200 real-world tanks dating back to the early to mid 20th century - all of which can be unlocked and upgraded over time. They originate from nations including U.S.S.R, USA, Japan, China, UK and Germany and range from light machines like the German Leichttraktor to the mighty British Conqueror.

Each tank also has its own technology tree so that, as you gain more currency, you can upgrade your hardware with more powerful guns, turrets, faster engines, and better suspension. There’s also the opportunity to train your crew to a higher standard.

The gameplay is initially tricky but there’s a series of substantial tutorial battles that ensure moving your tank with the left virtual stick and moving your turret with the right stick becomes second nature. As well as just firing off salvos you can also use a scoped view, which continuously tracks an enemy.

Each tank has its own properties and reload rates, just like the real thing, so you have to learn when to pick your battles and when to take cover.

Through a combination of convincing visuals, well-balanced gameplay, and a real feeling of solidity to the tanks and their explosive power, World of Tanks Blitz is a compelling game that gets better the more you play.

As for the game’s free-to-play model, fortunately it is well-designed so that you can enjoy the game extensively simply by grinding for currency, making the option to buy more credits only necessary if you’re in a hurry.

What's A Preferred Partner Feature?
From time to time Steel Media offers companies and organisations the opportunity to partner with us on specially commissioned articles on subjects we think are of interest to our readers. For more information about how we work with commercial partners, please read our Sponsorship Editorial Independence Policy.
If you're interested in becoming a Preferred Partner please click here.
Next Up :
UNO! Mobile launches esports tournament with a solid gold UNO card up for grabs