What happens when you cross The Oregon Trail with Kingdom Rush? Wizards and Wagons, that's what 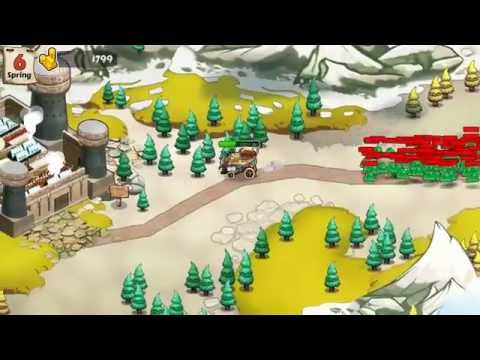 Imagine how Kingdom Rush would play if you were defending a wagon from waves of enemies instead of a bunch of towers.

Actually, don't bother. Just look at the trailer above because that's pretty much what Wizards and Wagons is offering.

It's more than just a tower defence on wheels though. It also throws the resource management and travel mechanics of The Oregon Trail into the mix as well.
For the most part, you'll be carrying goods between towns and making sure your wagon doesn't get gobbled up by a dragon or set on fire by a bunch of nasty orcses.

If you want to take the fight to them, you can become a bounty hunter and get rewarded for murdering a specific enemy. Like a dragon.

To achieve that, you'll need to buy new wagons and upgrade existing ones to ensure you have what it takes to survive the onslaught.

The Tetris-style inventory management system is pretty neat as well.

There's a lot going on in Wizards and Wagons and you'll be able to see it in all its glory soon enough on iOS. We'll keep you posted

Wizards and Wagons - You take the high road, I'll take a heavy load

Out now: Wizards and Wagons has you making a living as a hero who has to get a proper job