Subscribe to Pocket Gamer on
If you're in the mood for isometric environments and spatial puzzles, Where Shadows Slumber is the game to try, as the developers have released a short pre-release demo on the App Store.

In the game, you guide a lantern-carrying protagonist on a quest for redemption, traveling through temples and exotic landscapes and solving puzzles along the way.

You'll encounter ruined paths and seemingly impassible gaps, but by shifting the shadows in the area, you can mend broken architecture to navigate safely. 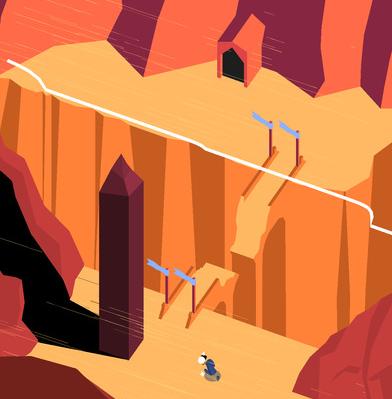 By moving, your lantern light will send shadows stretching across the levels, and switches will shift and raise barriers, letting you create new patches of darkness.

The current demo is only a few levels, with the full game expected to release sometime next year.

You can download the demo of Where Shadows Slumber on iPad and iPhone, and learn more about the game on its site.

Next Up :
Hero of Aethric: An Orna RPG, the sequel to the turn-based Orna: the GPS RPG, is launching this year