Light is something you don't always think about in videogames, and yet it's one of the core ways that developers can train your eye. Light shows us where to go, it highlights important objects, and it can create an atmosphere in simple and striking ways.

So it's sort of nice to see light taking centre stage in Where Shadows Slumber. It's a game that uses light as its core mechanic, making you literally and figuratively look at its digital world in new ways.

There are a few niggles here and there, but for the most part this is a brilliant and engaging puzzler with some shocking and beautiful moments.

You light up my life

After a brief introduction, the game gives you a special lantern, then tasks you with trying to get through a series of obstacles. The light from the lantern changes these objects in different ways, and you need to work out how to create bridges where there are none.

Things are a little bit trial-and-error to begin with, but you soon get to grips with what the game is asking of you. The light from the lantern moves as you do, and figuring out where you need to stand to change the world is part of the challenge.

The game isn't afraid to add new things into the mix at regular intervals either. There are switches you need to push, other characters you need to avoid, and objects you need to move multiple times to get the shadows just right. 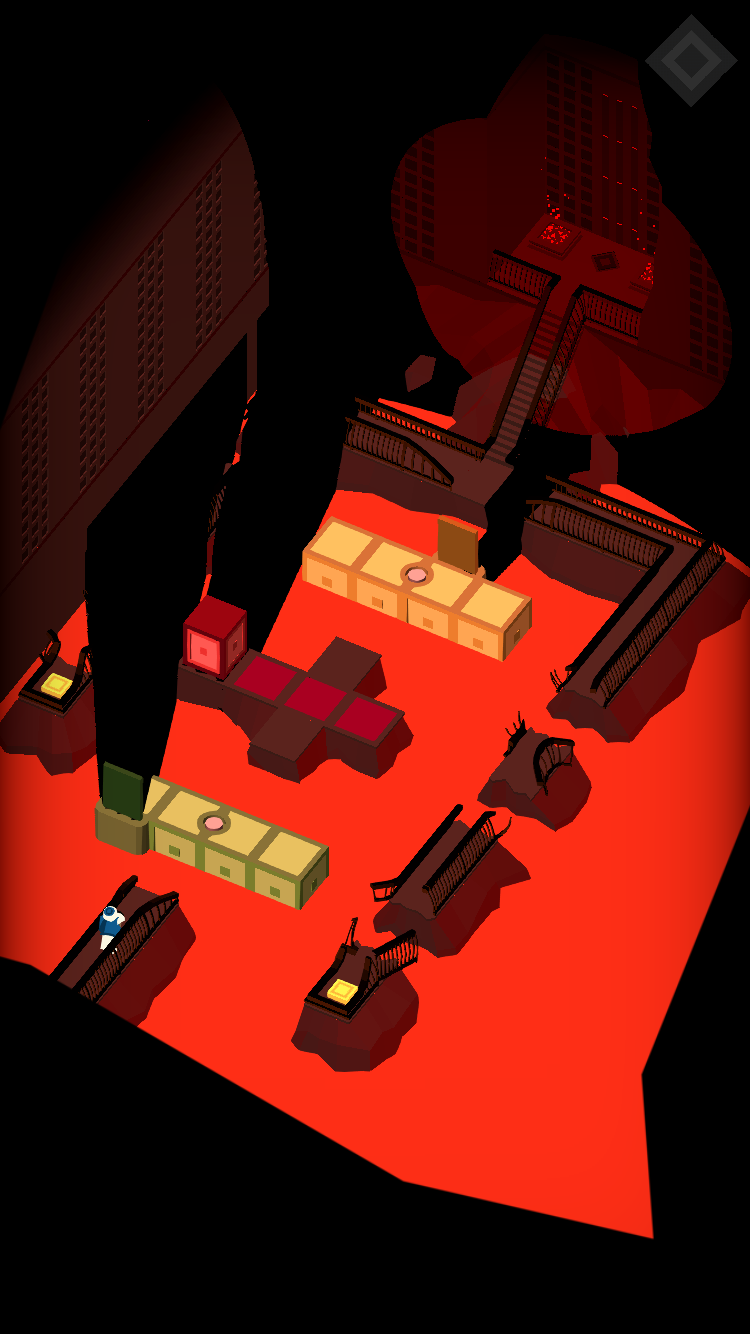 The controls are really simple as well. You tap to move, and push and swipe on the screen to play about with the pieces of scenery you can manipulate. There are plenty of clever false-eureka moments here, where you'll think you've solved a puzzle only to realise you need to take another step to finish it.

All of the levels take no more than five minutes to complete, which means you can finish a couple of them in no time at all. You always feel like you're moving in the right direction as well, and you want to see what the game is going to throw at you next.

But the puzzles build on each other too, so things you've learned earlier in the game come into play later, then twist around so you need to rethink the way you use them. It's a really smart game for the most part, although there are a few frustrating sections where it's going to take you a while to figure out what you need to do.

Light this and pass it on

There's so much going on in Where Shadows Slumber, from the dark story to the intelligent puzzling, that you could easily fill an entire site writing about it. But since I've been expressly told I'm not allowed to do that, I should probably wrap things up.

Where Shadows Slumber is great. It's got a few problems, but you'll mainly breeze past them and then forget they ever happened. It fits into the same genre as Monument Valley, but runs off in its own directions and doesn't care who knows about it.

While puzzle games can sometimes feel flat, Where Shadows Slumber shows that they can be a force to be reckoned with when they're handled well.

Where Shadows Slumber mixes light and darkness in some intelligent and incredibly engaging ways
Next Up :
Dr. Chatelet: Faith review - "A surefire way to make you appreciate modern medicine"