Warpets whisks you away to a magical land where, not entirely unlike Pokemon, you gather a band of warring beasties to wreak havoc on the monster swarms slowly encroaching on civilization.

The main thrust of the game involves players training their critters while jumping from quest to quest to earn gold and glory in a colourful, fantasy medieval wonderland.

It's a fun idea for a free to play arena game, but does Warpets have what it takes to become the next big thing?

You can bring three pets into the arena with you, selecting for each pet's unique abilities that may have advantage or disadvantage against the enemies you'll be fighting.

From there, it's a simple matter of dragging and dropping spells onto your foe. Each pet generally gets a powerful, single target ability, a multi-target spell, and a defence spell.

You'll have to choose between an ever-increasing list of abilities to put your strategy into action. 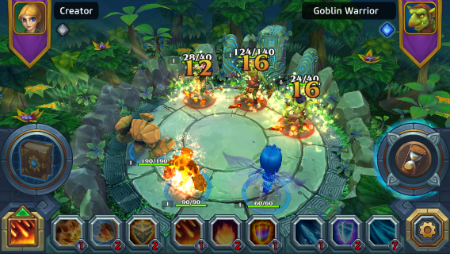 While the combat is turn-based, things move pretty quickly, and it's fun to experiment with each pet.

You'll have to figure out the best time to throw up your shields or go for an all out attack, all while finding ways to get your pets to work together perfectly. It's good fun.

A bit on the lighter side

Outside of battle, you're free to manage your pets' equipment, assign them new abilities, and craft spells and potions that will help you out in the heat of battle.

Daily Quests grant you some helpful rewards every few minutes when you tire of playing through the main campaign.

The game's well designed, and it's a breeze to navigate through the assorted crafting and pet management menus.

Outside of combat, though, Warpets is a bit light on things to do. It's a game better suited to short bursts of play rather than an hours-long play session.

Since the majority of the campaign plays out in battle, things may become repetitive after a little while. Luckily the battles themselves are as varied as you make them, so if you're playing in, say, 15-20 minute spurts it's unlikely you'll grow bored. 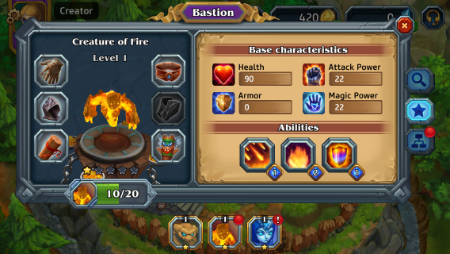 Warpets is quite lean on the free to play requirements, too. Eventually you'll need a certain number of skills unlocked to progress to the next quest, which in turn requires gold.

You can wait for Daily Quest timers to tick down to complete these little challenges and get a handsome gold reward, pay the timers off with premium currency, or if you don't feel like doing either of those things, simply grind out older quests.

The game doesn't limit players to a frustrating extent, and it's a welcome change in games of this nature.

Sure, Warpets may not be the most groundbreaking game you'll ever play, but it has a whole lot of heart, and a difficulty level just steep enough to make you feel like a tactical mastermind.

Paired with a sleek interface that's easy to parse, Warpets is sure to make your commute much more pleasant.

A well-designed distraction best suited for short burst of play time
Next Up :
Hundred Days review - "A success for the management genre"