Lilith Games’ real-time-strategy title Warpath has received a massive update with patch 5.0, bringing a new community tournament along with some new gameplay mechanics and a ton of new units and content. The update will be available starting today, and is the biggest content addition Warpath has seen yet.

Let’s go over the primary new mechanic that 5.0 brings; Prototype. This new system is meant for upgrading, and will allow Commanders to level up their 7.2 star units to the new Modern Units. For example, the new Helicopter Unit is the end of the upgrade path for the Tank Hunters, as are the Main Battle Tanks, which come from the Medium and Heavy Tanks.

Along with this new system, we’ve also got the brand new FPS mode, where Commanders can put themselves into the shoes of a Unit on the battlefield and immerse themselves on the frontlines. This adds a cool dynamic to Warpath’s gameplay, and allows it to almost feel like an entirely new game! 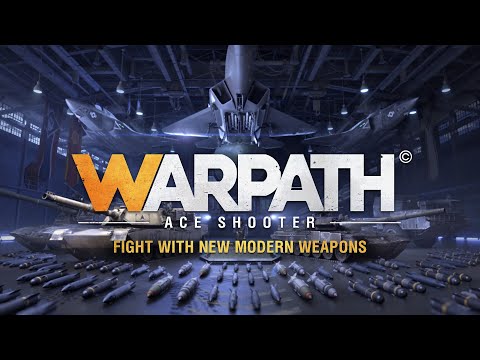 All this new stuff is made even more enticing by the announcement of the new Community Tournament, called Brothers Unite. This tournament is divided into three separate categories; The Best Commander, The Best Band of Brothers, and the Luckiest Commander. The Best Commander event begins at login, and ranks players based solely on a player’s power level grind.

The Best Band of Brothers event requires players to register as duos or teams of twos, and those teams will then be ranked based on the increase of their in-game power level compared to the power levels of both members at the start of the event. And finally, The Luckiest Commander category is based on mission completion, where you’ll be rewarded Medals by completing specific missions during the event. You can then redeem those Medals for various rewards like in-game currency or cosmetics.

With all that on offer, there’s never been a better time to get into Warpath! If you’d like to, you can download it for free at either of the links below. In the meantime, you can check out the official website for more information on all of the stuff covered here!

Looking for more strategic war-sims? Check out our Top 25 best strategy games for iOS!
Next Up :
Genshin Impact's v3.0 launches soon, with the first phase of events now revealed

Warpath codes and how to redeem them: September 2022