In the friend zone 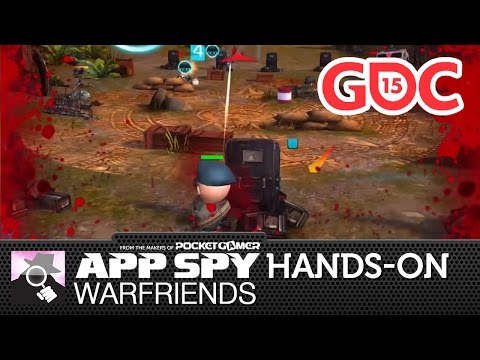 WarFriends - from Chillingo and Mega Dead Pixel developer About Fun - is the sort of game that will end friendships, not forge them.

It's a feisty one-on-one shooter where you try to kill each other while hunkered down behind shields. It's like a game of chicken, as you both want to poke your head out to shoot - but don't want to get shot.

Luckily, you've got loads of tactical options at your disposal to help put the heat on your opponent without putting yourself at risk. You can call in soldiers, choppers, drones, and humvees. You can enlist engineers and plop down turrets.

Then, when your rival emerges from cover to blast away at the incoming wave, it's your opportunity to take a shot with a sniper rifle. 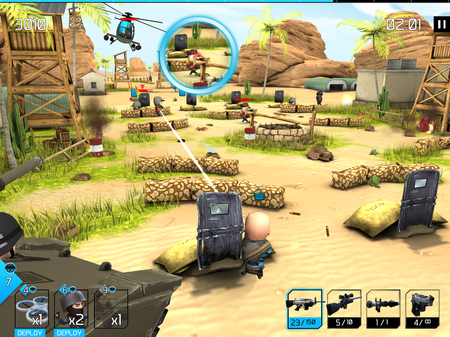 There are also cards that change the rules and get you out of a tight spot. Both your units and your cards are picked using a deck-building system. And all that stuff can be upgraded and customised.

You can also edit your hero character - who's half way between a Team Fortress 2 character and a bobblehead doll - with aesthetic items.

There will also be loads of options for how you play including online PVP, a campaign mode, cooperative play, and matchmaking. But it's best when playing with someone in the same room as you trade insults as well as blows.

WarFriends will be free to play and is coming to iOS in a few months. It came third place at our Big Indie Pitch event at GDC.