Warframe is getting a mobile version

During TennoCon 2021, Digital Extremes has announced that a mobile version of Warframe is in development.

Believe it or not but Warframe is coming to mobile platforms. The mobile version was announced during the recent TennoCon, with news that the game is already running on mobile and will be releasing on the format in the future. This came alongside announcements for both cross-play and cross-save options.

Warframe is an online third-person shooting multiplayer game developed and published by Digital Extremes. The game was first released on PC way back in 2013 and later expanded to PS, Xbox, and Switch in the years that followed.

Warframe to finally get cross-save and cross-play

Even though it was originally released eight years ago, the game never supported cross-play and cross-save features. Fans of the game have been asking for these features to be added to Warframe for many years. Finally, during TennoCon 2021, the developers confirmed that both Cross-play and Cross-save options are in development and will launch in the second half of 2021. To add to this announcement Digital Extremes also confirmed that they are working on a mobile version of Warframe.

During the TennoCon 2021 presentation, we saw the developers playing Warframe together on PC, Switch, Xbox, PlayStation, and mobile. For the mobile gamers, this came as a big surprise as there were not even rumors of Warframe coming to mobile. Furthermore, it was impressive to see the live demonstration of cross-play and the mobile version gameplay. You can take a peek at the Warframe mobile gameplay below. To us, it looks pretty good. 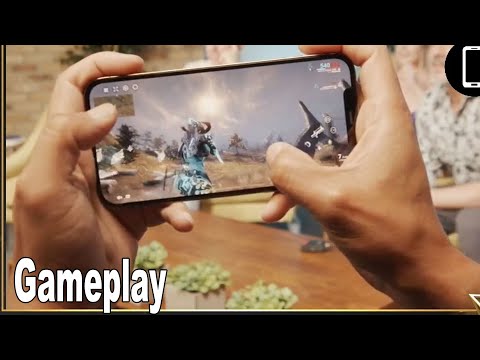 Unfortunately, other than the mobile version being in development, no other details were revealed about it. But one thing is for sure: with Warframe getting a mobile version, cross-save, and cross-play, the game will be far more versatile to play. The players will now have an option to play with each other across different platforms without any restrictions.

That is it for now. Keep your eyes on the site and we'll let you know as and when more updates about the Warframe mobile version arrive.

The path from PC and console to mobile is one heavily trodden, here's our list of the best console and PC conversions for Android.
Next Up :
Finding Paradise, the narrative-driven adventure game from the creators of To the Moon, is heading for iOS and Android