War of the Visions FInal Fantasy Brave Exvius is celebrating its 2.5 year anniversary with collabs with sister games

Square Enix is hosting a massive celebration as its popular tactical mobile RPG War of the Visions Final Fantasy Brave Exvius is celebrating two and a half years since launch. Players can expect to find lots of anniversary missions, login bonuses, and special collaborations with sister games like the beloved Final Fantasy XIII and Final Fantasy Tactics to commemorate the occasion.

In WoTV FFBE’s 2.5-year anniversary celebration and exclusive Milestone event has been introduced and will award players with Visiore based on how much Visiore they spend. Additionally, Fragments of Thought of every element will be available at a 3x rate and earned by completing daily missions during this month-long birthday campaign. 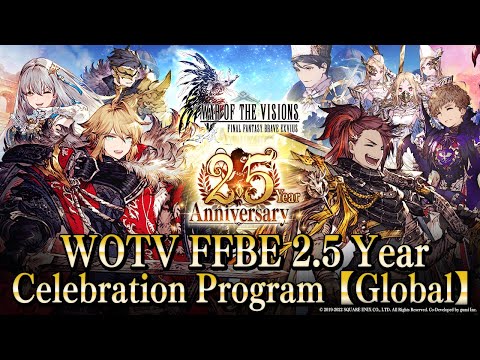 Collaboration goodies that are coming back for the party will be given away to everyone for no cost at all. Players can get their hands on Final Fantasy XIII’s collab units like Hope (UR) and Alexander’s Chosen Vision (UR) by just logging into the game. Even the Gaffgarion unit and the Blades of Grass Vision Card from Final Fantasy Tactics will be free.

Of course, that’s not all though. There are a few more crossover items that are up for grabs. Coming to enhance the party from FFXIII are the Lightning and Snow Ultra Rare units alongside two new vision cards, Odin’s Chosen and Shiva’s Chosen. Fan favourite characters from FF Tactics like Ramza, Orlandeau, Delita, and the Scion of House Beoulve and Red Chocobo Vision Cards will also be part of the event. 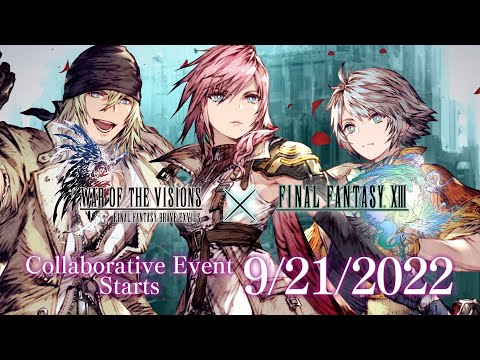 Furthermore, everyone will be given 10 Guaranteed Free Summons on logging in. This reward can be claimed 10 times over the next month, totalling 100 free summons just for launching the game! A few event campaigns are being held outside the game as well. Based on the number of followers gained on social media, players will be granted certain prizes.

Join the party by downloading War of the Visions Final Fantasy Brave Exvius now for free.

Also, check out this list of the best strategy games to play on mobile!
Download now!
FFBE WAR OF THE VISIONS

Next Up :
Infinite Lagrange's latest update sends players on a perilous journey to the Angulum Cluster