Do you have some digital green fingers? (Updated: Out now)

Updated on June 20th, at 8:16: If you're looking for a relaxing zen-paced game to pass the time, Viridi might fill that niche. The potted plant simulator, originally released on Steam, is now available for free on the App Store and Google Play.
The game also includes other planets to purchase through in-app purchases and add to your nursery.

Far from the maddening crowd of bombastic and shooter-y games, Viridi is a potted plant simulator. You'll choose from a variety of plants and see and watch it grow in real life. It's a bit like Mountain, an idle game that was weirdly intriguing.

Viridi has more "gameplay" though and is a bit more hands on but wants to make you experience the same feeling: peace. 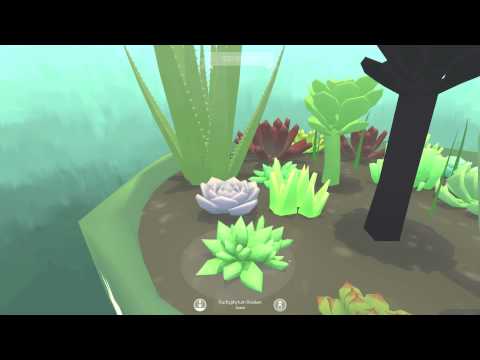 The idea is to have a haven, a digital place where you can just relax and think about nothing for a couple of minutes. It's a neat genre that is sadly under-represented and one that definitely fits mobile.

It's been out on Steam for quite a while and it's rated "overwhelmingly positive". It's out June 20th on both iOS and Android.

Viridi - The garden of eh-den

Viridi lets you grow your own digital potted plant, coming soon to mobile