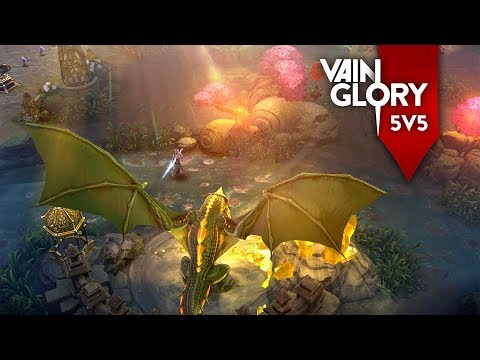 Vainglory’s 2.12 update is now live, giving a lucky few players access to the game’s upcoming 5v5 mode, along with quite a few other changes. Folks who won Golden Tickets in chests or ICE bundles get access to 5v5 mode starting today. You don’t even have to wait to win the ticket lottery to get in—simply having a Golden Ticket in your possession is enough.

Vainglory is a competitive MOBA on iOS and Android that has a pretty big esports following. Much like Dota 2 or League of Legends, players fight across a series of lanes (one lane, in the case of Vainglory's 3v3 mode) to gain control of your enemy’s territory and destroy their base.

Since the game launched in 2014, Vainglory has been 3v3. The addition of five player teams really switches things up, and it will be interesting to see how 5v5 affects competition. 5v5 mode features an expanded map with more lanes, and opens the game up to new strategies. It will be available to all players when version 3.0 goes live in February.

Don’t have a Golden Ticket? The update has added a few other goodies to tide you over until February. The new skin system makes it easier to craft skins, and introduces three new hero skins—Golden Netherknight Lance (only available to Golden Ticket holders), Kyudo Kestral, and Heartless Alpha. Read the full patch notes here.